When one hears the words “language barrier,” it usually brings up images of a person who is in another country of which the national language is not his own. If you have visited a foreign country without fully knowing the primary language, you can start to feel out of place fairly quickly. Despite one’s best efforts to navigate the country, a part of the cultural experience is lost without knowing the language of the people. It is through speaking one’s own language that experiences can be shared, and important thoughts and ideas can be conveyed, but these things can only be received by the other person if he understands the language. This becomes more paramount when patients are trying to explain their medical problems to physicians, and when physicians are trying to discuss impressions and treatment options with patients.

During my residency training, I had to remember this constantly given my patient population. A large amount of my patients were immigrants, and frequently two languages would be spoken during the initial conversation. When I tried to get a sense of what was going on with them, they would try to explain their situation periodically using English words. Sometimes they would speak a language that I partially knew, but even so, there was a limit to what I could learn about the patient and what was told to me since I could not speak the language fluently. Through nobody’s fault, an inevitable language barrier surfaced, and communication between doctor and patient came to a standstill. Eventually, I would either call an interpreter or use an interpreter phone, and even though I ultimately was able to figure out what was going on with the patient, a large amount of time was spent, sometimes delaying my ability to see other patients. I started to realize that the language barrier, without adequate means, could negatively impact my ability to care for patients.

For a long time, I thought that the language barrier would only come into play if the patient and doctor spoke different languages; I became used to the assumption that if medical information was not being conveyed due to language issues, some interpretive services were available. However, there was a particular experience that happened during residency that caused me to look at this barrier in a different way.

One day in the outpatient residency clinic, I was meeting a patient that I had been following for a few years. He was a gentleman who had a few medical issues, including diabetes and heart disease. He had been complaining of having periodic chest pain for a few days and was wondering what it could be. I told him that in order to figure it out, I had to get a better sense of his family history to see if there were any past medical conditions that ran in his family which could put him at increased risk for a potential event involving his heart. One of the questions I asked him was whether any of his parents had a cardiac history at a young age. He looked at me perplexed and asked me to repeat the question. I thought I was being clear so I used the same words: “Did your parents have any cardiac issues at a young age?” He continued to look confused and then a few seconds later he said, with the appearance of being slightly embarrassed, “I’m sorry. What do you mean by ‘cardiac’”?

Now, I was the one who felt embarrassed. I had assumed that this individual knew what the word “cardiac” meant, but because I had not thought of rephrasing the question, I had inadvertently created a language barrier that was impacting my ability to deliver medical care at that moment. It was a realization that even though we were speaking the same language on the surface, we were not speaking the same language when it came down to it. I started to let medical terms slip into the conversation without giving it a second thought, not realizing that I was creating an awkward situation for the patient sitting in front of me. It was only after I rephrased the question by using the words “heart problems” that he started to answer my questions, and the barrier that had separated us disappeared.

In medical training, doctors start to learn a particular language specific to medicine. I learned about how to describe symptoms or diagnoses in particular ways, such as “dysphagia” for difficulty swallowing, “hemoptysis” for coughing up blood, and “myocardial infarction” for a heart attack. As I went through medical school and residency, part of how I was evaluated was how I described certain conditions using this particular language, whether it was in my documentation, in conferences, or on morning rounds in the hospital ward. At a certain point, the daily language surrounding doctors becomes saturated with these terms to the point that, at times, the medical language is spoken by default, and it starts to impact the language used with patients.

However, it is important to realize that patients, for the most part, have not had the opportunity to go through years of specialized training to learn these terms. These particular words can temporarily impede communication between patients and doctors, even if the same language is being spoken on the surface. In order for patients to fully explain what they are going through and answer questions from doctors, they have to understand the questions that doctors ask. Doctors also have to be aware of how plans and treatment options are explained to patients so that they can be fully informed about their medical care.

I believe that the doctor-patient relationship can be improved when the desire to communicate effectively is present, irrespective of language. Regardless of the language spoken, comfort facilitates communication between physicians and patients. As the number of patients is expected to increase with the recent implementation of Obamacare, this will become more of an issue to consider with regards to delivering adequate health care since the patient population will ultimately become more diverse. The good news is that the increase of patients will provide plenty of opportunities to break down language barriers in medicine in ways that will ultimately benefit the doctor-patient relationship. 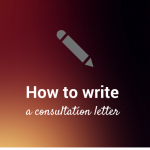 Breaking down the language barrier in medicine
1 comments