Have you ever encountered an intrusive, insistent popup decision support screen while trying to take care of patients? Found yourself stuck in a dead end electronic hallway without egress? A situation where you had to choose an option that was inappropriate for your patient just to exit the screen?

This is the situation with my local medical institution’s “DVT Advisor,” a mandatory decision support screen for all patients.

DVT Advisor was implemented in response to meaningful use and out of a laudable desire to improve safety. Unfortunately, as constructed, the Advisor has the opposite effect.  In this popup the physician must process through a 5 screen, 9 click process. The first step identifies the patient’s DVT risk level. If the risk level is low, no intervention is required. Yet, inexplicably, the physician must next process through the 4 additional screens to record whether the patient has any contraindications to the interventions which the Advisor has just indicated are not recommended. (!)

I’ve learned how to click through each of these cluttered, non-intuitive screens to get on to the business of taking care of patients, but it is a distraction, and thus hazardous.

I recently had a patient the DVT advisor identified as “high risk.” I was sending him home that day, so no anticoagulation was necessary. Nonetheless I had to wade through each screen, documenting that the patient didn’t have any contraindications to a treatment I wasn’t planning to give. At the end there was a force field where the only option was to choose one of 4 anticoagulant regimens. I could find no other option. There was a button elsewhere on the screen where I could decline the intervention, but doing so simply resulted in the popup reappearing the next time I entered an order, and I had to go back and progress through all 5 screens from the beginning and ultimately choose an anticoagulant for the patient in order to continue writing orders, or finish all of the other orders and then exit when there would be no further orders to trigger the popup yet again. No other way to get around it. No way to be the human being in the equation who had sense and could say this patient doesn’t need this intervention.

One of my colleagues told me that in these (common) situations he selects one of the anticoagulant options, which creates an order for his patient for a medication that is not indicated, and then he goes back in the medication list a few minutes later and discontinues it. Talk about waste. Talk about hazard.

The information in the DVT Advisor can be a useful reference if a physician is uncertain about anticoagulation, but its intrusive and insistent characteristics are based on hope and belief, rather than evidence. The mandatory requirement to prescribe anticoagulation, even when the physician has reasons not to prescribe it, has gone far too far in my view, and has created a systematic occasion for patient harm.

Time spent on such low-value exercises or workarounds is time taken away from other patient care. What 5 minutes of talking with the patient, a colleague or consulting a medical resource, what 5 minutes of deep medical decision making shall I give up in order to move through this poorly constructed, time-consuming low-value work?

The hospital is a large organization, and has heard from many physicians about the form, but still the rigid and mandatory popup persists. Individual physicians do not have control over its design and yet labor under its impact. This is part of the real life harm associated with products that could in theory be helpful. The form was designed in response to the current federal regulatory climate, citing meaningful use and a move to more clinical decision support. The resultant hazard to patient safety may be an unintended consequence of over-reaching regulation but it is a real side effect nonetheless.

Addendum: A week later I had a 91-year-old patient identified as high risk who was already on coumadin. The DVT Advisor would not allow me to exit without ordering enoxaparin or unfractionated heparin. I could find no other way to deal with this except as my colleagues have also done: order the enoxaparin, wait a few minutes for the order to be processed, and then remember to go back in and cancel the order.

Christine Sinsky is an internal medicine physician who blogs at Sinsky Healthcare Innovations.

How to save hundreds of dollars on your medical bills 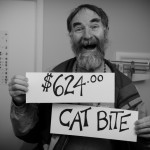 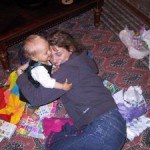 More by Christine A. Sinsky, MD