Everyone noticed him before we boarded the plane. He asked the airline representative at least three times to confirm that he had a seat. He looked like an adult, but the tone of his voice was that of a child.

Grey cargo pants covered his short legs. The sleeves of his striped polo shirt collected below his elbows, making his arms look even shorter and his hands even smaller. His neck hid inside his collar. His fingers were short and thick. His glasses magnified the creases in his eyelids. Because his nose was flat, it made his mouth look wide.

The elderly man in the aisle seat had asked the flight attendant to stow his cane. Wrinkles burrowed into his forehead and surrounded his eyes. They revealed a lifelong habit of frowning. The elderly man heaved a sigh of resignation when Michael took the seat between him and me.

Michael sat down with conviction, then stood up and adjusted the nozzle so more air blew into his face. After sitting down again with resolve, he picked up the seat belt.

“What is this?” he asked, his fingers poking the thick padding. When no one responded, he turned to me and said, “This isn’t a normal seat belt. It’s weird.”

As other passengers filed past us, he greeted every third or fourth person.

“Hi! Hi!” He thrusted his arm forward across the lap of the elderly man. Without realizing what they were doing, many people found themselves shaking his hand.

“Hello! My name is Michael! Who are you going to see? I’m going to see my dad. He bought my plane ticket for me.”

The elderly man sat back, leaned away from Michael, and sighed.

Michael turned off his cell phone. Turning to me, he saw me send a text message.

“You’re supposed to turn off your phone, like this, see?” He waved his phone at me like it was a baby rattle.

Shortly after the plane took flight, Michael reached his hand in front of my face and pulled down the window shade.

“Too bright,” he said as he looked back at the television.

The flight was about two and half hours long. Twice, Michael announced to the elderly man, “I need to use the bathroom.” The elderly man said nothing, pushed himself out of his seat with his arms, and stood in the aisle with sorrow on his face as Michael ambled his way to the lavatory.

When the pilot announced that we were approaching our destination, Michael reached over, grunted, and pulled the shade up halfway. Through the double-paned window we saw the Pacific ocean, its waves rolling towards the coast in a never-ending parade. A squadron of pelicans glided over the water. Small boats left frothing white wakes atop the blue-green swells.

Michael reached over again and pulled the shade up a little more. We both continued to look out the window.

When the plane arrived at the gate, Michael bolted out of his seat, reached over the elderly man, popped open the overhead bin, and pulled down his backpack.

“I’m going to see my dad!” he announced.

An airport attendant boarded the plane and called Michael’s name. He raised his hand with the enthusiasm of a child who wants to answer a question first.

“I’m Michael!” he said. “Are you going to walk with me off the plane?”

I saw Michael a few minutes later outside the terminal and witnessed his reunion with his father. His father did not share physical characteristics with Michael; Down syndrome is not heritable.

They hugged each other and both smiled with joy. The extra copy of chromosome 21 did not diminish the love father had for son.

“How was your flight?”

“It was great,” Michael said. They began to walk away together, his father’s arm holding Michael close to him.

We judge ourselves by our intentions, but we judge others by their actions*. For people with overt disabilities or deformities, we are more forgiving of their behaviors because we are more charitable about their intentions.

Why do we not do the same for those people whose deformities or disabilities are not visible?

* This quote is attributed to several different people, including Andy Andrews, Stephen Covey, and Ian Percy. 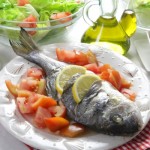 People with overt disabilities: Are we more forgiving of their behavior?
7 comments