I grew up in a solidly middle class family.  Our home was safe, loving, and we never wanted for anything.  My parents believed in hard work and instilled in me the importance of a college education.  I was the first kid on the block to have a computer.  That Radio Shack TRS-80 was a marvel of modern technology and made me the envy of my friends.  Today, a TRS-80 is more like an abacus than a modern, functional computer.

I can also remember when my mom and dad brought home our first VHS recorder.  Dad was smart and knew to avoid a Betamax machine.  Beta was sure to go the way of the eight-track, while VHS was built to last like vinyl records.  At least that is what we thought.

I was in heaven the first time I played pong on our brand new Atari.  It was edge of your seat entertainment hearing that blip as I paddled the dot past my older brother.  With the video cards and interactivity of today’s games, pong would be better suited as a children’s sleep aid.

A few years back, when visiting his grandma, my young son whispered in my ear, “Did they have dinosaurs when grandma was a kid?”

In a way, we all had dinosaurs when we were kids.  In your lifetime, how many industries have you seen born, proliferate, and then die off into extinction?

Blockbuster was founded in 1985 and Hollywood Video in 1988.  I used to be a member of both.  However, with the introduction of satellite TV and video on demand, their time has come and went.  Barnes and Noble is the largest book retailer in the U.S.  Recently, Forbes published an article asking if Barnes and Noble will still be in business five years from now.  Stiff competition from Amazon and online book sales threaten their existence — just ask Waldenbooks, B. Dalton Bookseller, and Borders.  Better yet, look around any waiting room and you will see the patients passing time reading books on their various smart devices.

In the face of rapidly changing industries, businesses must be ever vigilant to grow and evolve or they too will face extinction.  We have all heard that 9 out of every 10 new businesses fail.  However, unlike a tree that falls in the forest, when one of these bigger companies fall, the impact can be heard and felt worldwide.  Investors are hurt, money is lost, and retirements are put on hold.

Is medicine exempt from such a future?

I used to be thankful that I was in an evergreen industry like medicine.  Just like food and shelter, people are always going to get sick and need health care.  As a physician, I would never need to worry about going the way of the dinosaur.

In these rapidly changing times, I wonder if I was only half right.  While health care and medicine are evergreen, physicians may not be.

Increasingly, mid-level providers are asked to do the jobs of primary care physicians.  More and more physicians are leaving solo practice and becoming hospital employees.  Smaller, more personal practices are giving way to large box store type ACOs that will increasingly define the scope of care.  Algorithmic medicine will become the norm as fewer physicians struggle to keep up with the work load and decreased autonomy.

Already complex government regulations will become increasingly onerous as the government becomes permanently wedged in the middle of the physician-patient relationship.  Unfunded mandates on stone tablets will come down from the mountain more frequently.  Those rules and regulations may have different names and numbers, but the idea will always be the same — see more patients, do less, make less, and face more liability should something bad happen.

Ultimately, I think the final result with be something less than an apocalyptic collapse.  However, many physicians may find the final result unrecognizable from the golden years of medicine.  Many will welcome their status as a dinosaur and favor their extinction as opposed to the high stress, low job satisfaction, low wage, assembly-line approach of the Thunderdome.

Everything's my fault: How a surgeon says I'm sorry 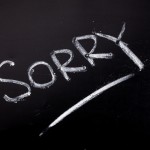 How a letter of intent can help with physician recruitment

Doctor dinosaur: Physicians may not be exempt from extinction
4 comments