Lawyers are hardworking people. That’s for sure. Take this lawyer from Ohio who billed long hours for court-appointed cases. For instance, he billed for 21, 21.5, 23 and 29 hours of work for 4 different days. His lawyer said he did the work but was simply a poor record keeper.

Not to be outdone, a lawyer from Iowa billed for more than 24 hours of work in a day on 80 separate days. He is being charged with a felony for receiving $178,000 for what are being called improper payments for work as a public defender.

Four other lawyers were terminated from the program for similar issues.

The president of the Iowa State Bar Association called the findings of the audit that discovered the problems “an isolated aberration, involving five lawyers. Simply put, a few bad apples do not spoil the barrel.”

Are these isolated aberrations?

I’m not so sure. A lawyer friend of mine (yes, I do have friends and even relatives who are lawyers) tells me that this is not particularly uncommon.

He said that lawyers will often schedule 5 or 6 case conferences at a courthouse over a 2 hour period and bill each client for 2 hours worth of work.

At least one lawyer feels that the billable hour model should be scrapped because “the billable hour makes no sense, not even for lawyers. If you are successful and win a case early on, you put yourself out of work. If you get bogged down in a land war in Asia, you make more money. That is frankly nuts.”

This meshes nicely with a story my lawyer friend told me. Shortly after he became a lawyer, he proudly walked into his boss’ office to report that he had settled a case in record time. His boss then chastised him for doing so and pointed out that settling the case so quickly cost the firm a lot of money.

It’s too bad that legal services are a privilege instead of a right. Then maybe someone other than I would be upset about how much it costs.

JAMA removes cover art, and why that matters 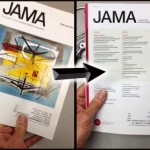 The fallacy of billable hours
37 comments