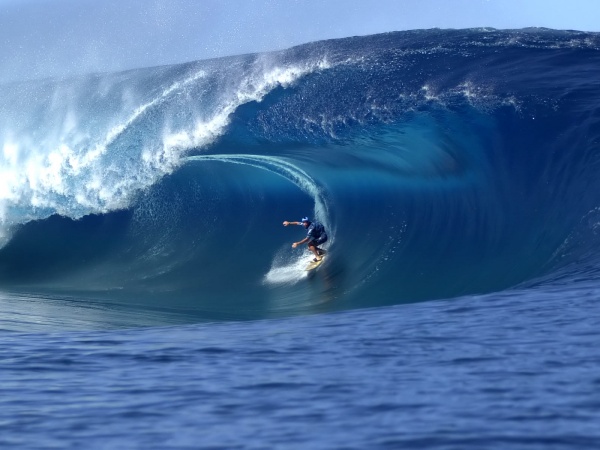 It’s like I was meant to spend more time in water than on land. I didn’t discover this until I was thirteen or so, when I started high school and had to join a sports team because of a school requirement. I arbitrarily chose water polo, because it was a fall sport. I sucked at it, but fell in love.

I played competitively through high school and college. When I graduated, I wasn’t ready to give up the water yet and joined a masters swim team. I swam regularly through medical school, even setting a couple of records in competitions.

So when I discovered surfing … well, needless to say, I was in awe. Yes, it was fun to play around in a pool, but to be in the ocean? To feel the rhythm of the waves underneath me? To splash around with dolphins and seals (and luckily for me, no sharks so far)? You can’t beat it.

Surfing is not just a sport, it’s a perspective. It’s a way of life. Yes, that sounds dramatic, but hear me out. Surfing has taught me lessons about life that I haven’t learned anywhere else.

I wanted to share some of these with you because 1) They’re valuable and applicable to many situations and challenges, and 2) If you could imagine taking similar lessons from your own life experiences, those experiences could become so much richer.

1. There’s plenty of room at the top. Los Angeles is crowded. There are more than 10 million people within its county limits. On your typical sunny weekend day when the waves are decent, the water is congested with hundreds of little black dots, each trying to carve out his or her own little corner of the ocean.

For months, the crowds intimidated me so much that I wouldn’t even go out. I felt insecure about my own abilities. I didn’t think I belonged out there. I’d wait until it was rainy or the water was choppy and go out when no other decent surfer would bother. If the waves looked good? Forget it. I’d be at home.

But then, as I spent more time in the water, I realized something.

Of all those hundreds of bodies out there, only a small handful were actually going for the waves. The rest were just sitting around, hanging out. I had spent all this time being intimidated by “competition” that didn’t even exist.

Now when I go out, I don’t care if I see a thousand bodies out there. I know there are enough waves for all of us who really want them.

Think about this yourself — do you feel a burning desire to write? To create art? To build a business? Do you feel held back all the other people you see who you think are so much better at it than you? Do you worry that the marketplace is too crowded?

Please, don’t be. There are not as many people at the top as you think. There is room for you up there, too, if you’re willing to do the work it takes to get there.

2. It’s not about any one huge effort — it’s about focused, consistent work over time. Have you ever heard the expression that to be a writer, you need “butt-in-chair” time? Well the same is true for surfing. You need “body-in-water” time.

My friend James Clear calls this your average daily speed. It’s not so important how much you do in a burst of inspiration. It’s about how much you do day after day, when you just want to give up and go home.

For the entire first six months I surfed, I didn’t catch a single wave. The next six months, I caught a few.

Most of the hours and hours I spent in the ocean were passed paddling around, falling, getting beaten up, and jealously watching all the other surfers who seemed to know what they were doing a lot better than I did. Then I’d go home, tired and frustrated.

I know this because one day, all of the sudden, I started catching waves. I caught wave after wave. I didn’t even know what I was doing differently. I was just moving on instinct.

I say “all of the sudden” facetiously, because it never would have happened if I hadn’t spent that first year in the water.

Put in your time. The results will come.

3. Bide your time, and strike when the iron is hot. First, a little background on wave science.

Waves don’t just roll into the shore one after the other. They come in clusters, or sets. Depending on the weather conditions, the ocean will typically be silent for a while, and then a set of three or four waves will roll in a few seconds apart.

I can always tell the less surfers because they go for the first wave in the set. Believe me, I understand the impulse. We’ve all been out there, sitting around, waiting for something exciting to happen. So when that first wave comes … bam! Everyone runs after it in a mad dash.

Not me. I watch and wait. I watch as everyone else rushes for the wave. A few catch it, but most don’t. And all of those who didn’t are now out of position when the second and third waves roll in, which are typically bigger and better formed than the first. That’s when I make my move, and get the wave all to myself.

So be patient. Don’t get caught in the mad dash. If everyone’s running one way, check out to see what’s in the other direction.

4. Let failure humble you. Last year there was a huge swell in town, bigger than anything Southern California had seen in a while. Everyone was talking about it. Of course, I had to see what the fuss was about for myself.

Because the waves were so aggressive, it took me forever just to push pass them and paddle out. I was exhausted. I saw a wave roll up and paddled hard to catch, but I was too tired and it passed right by me.

Then the trouble started. I was caught inside, which means I was inside the point where the waves break, and they were coming so strong and so fast that I couldn’t get out past them. I got smashed by wave after wave. Then one hit me with such force that it ripped my leash right off my ankle, and by board immediately went flying hundreds of yards away.

With no buoyant surfboard to pull me up, the waves started holding me underwater. I started counting the seconds to avoid panicking. One one thousand, two one thousand …

Just when I’d catch a gasp of air, another wave would push me down again. It was the first time I ever had thought, “Wow, this could kill me. Don’t drown. Please don’t drown.”

Eventually the beating stopped and I came up gasping for air. Another surfer saw that my board had been carried away and paddled over to hold onto until I could swim over and strap my leash back out.

I realized I should never have been out there in the first place. I didn’t have the strength or skill for waves that size. Wave: 1. Elana: 0. Lesson learned. I haven’t made that mistake again.

Sure, you can push your limits, but make sure you know them in the first place.

I once saw a guy surfing who was pretty good, but was a total asshole.  He had a longboard, which means you can catch waves earlier than other people can, and was stealing all the waves without respecting the lineup. He was yelling at anyone who he thought was getting in his way. He was grabbing people’s leashes to pull them out of the waves so he could cut in.

You know what? That guy had some skills, but in five years he’s still going to be putting around, stealing waves and pulling leashes. He’s never going to get any better than he is now.

The best surfers don’t pull those antics. If you’re not respecting the etiquette or you’re doing something dangerous they’ll sure let you know, but they remember that were once a beginner, too. They know that they still have a lot to learn. That’s why they keep getting better.

So in whatever you’re trying to do, be a pro. Show up. Do your work. Help others who don’t know as much as you. Be helped by people know know more. If you find yourself getting arrogant, check it.

6. Most people are rooting for you, not trying to compete with you. Yes, every once in a while you come across a surfer with a stick up his ass (see above), but more often than not, I’m blown away by the generosity of the surfing community.

I’ve paddled out to the ocean alone and swam back with new friends. I’ve had total strangers take me under their wing and show me the ropes for the few hours we found ourselves in the same spot of the ocean, for no other reason than they the expertise and saw I could use it.

Those of us who love this sport – we root for each other. We congratulate each other for good rides. We take turns. We see a good wave coming and say, “You go right, I’ll go left.” We share. We want each other to succeed.

Too many people operate under the delusion of competition, when the most helpful stance is collaboration. Don’t make the mistake of getting competitive when other people just want to help you. Don’t be the jerk who’s pushing others out of the way when those people would freely give it to you.

As my friend Scott Dinsmore points out, most people out there want to help you — even those at the top. Make it easier for them to do so by being genuine and by showing that you care about what you’re doing.

7. There’s no point fighting forces of nature. The ocean doesn’t care about you. It is a force of nature that existed long before you were born and that will be around long after your bones turn to dust.

It would have been stupid of me to get mad at that wave that held me underwater, right? But think about it – we do that same thing all the time. We fight forces of life that are as unavoidable as the strength and immensity of the ocean.

Why do we do this to ourselves? It’s a waste of time, and a waste of energy. We operate under the illusion of control when so many of the most important things in life aren’t even close to the realm of our control. But this doesn’t have to be a terrifying concept.

When you release yourself from the illusion of control, you can relax. You can put in your best effort but let things turn out how they’ll turn out. You can find moments of joy in the most simple things.

So don’t fight forces of nature. Ride them.

Elana Miller is a psychiatrist who blogs at Zen Psychiatry.

Handling the delicate balance as an ER patient