When I introduce myself as a physician who left clinical practice, non-physicians ask me why I left. They’re generally intrigued that someone who sacrificed many years and many dollars for medical training would then change her mind. But physicians, almost universally, never ask me why I left. Instead, they ask me how. They call and email me with logistical questions, wanting to learn the secret of how I managed the transition out of clinical medicine (read “escape”).

Earlier this month I attended a conference on physician well-being at the Massachusetts Medical Society where I heard an alarming statistic: the suicide rate among women physicians is more than two times that of women in the general population.

It may be dramatic and self-serving to frame my career change as a way to avoid suicide, but I can attest that medicine was not conducive to my health. As an internist, working in adult outpatient clinics around Boston, I had trouble leaving my work at work. I’d go for a run and spend the entire 30 minutes wondering if I’d ordered the right diagnostic test. I suffered from chronic early morning wakening, even on my weekends off. I startled easily. I found it impossible to relax. I worried constantly that I’d make a mistake, like ordering the wrong dosage of a medication, or that a system flaw, like an abnormal lab report getting overlooked, would harm a patient. I no longer remembered the joy I’d felt when I first began medical school, and I couldn’t imagine surviving life as a doctor.

I no longer believe it was weakness or selfishness that led me to abandon clinical practice. I believe it was self-preservation. I knew I didn’t have the stamina and single-mindedness to try to provide high-quality, compassionate care within the existing environment. Perhaps, due to temperament or timing, I was less immune than others to the stresses of practicing medicine in a health care system that often seemed blind to humanness, both mine and my patients’.

That’s not to say that I don’t miss practicing medicine. I do. I miss engaging in meaningful interactions and being of service, reassuring an elderly woman that we could make her emphysema easier to endure, bearing witness to a cancer patient’s grace in the face of death, supporting a college student facing an unexpected pregnancy. I miss spending my days in deeply meaningful work. But given my choices at the time, I have no regrets.

I recently interviewed Mark Linzer, M.D., who researches physician burnout, and learned that the underlying causes are fairly predictable. Linzer and his research team found that four factors are associated with higher rates of burnout: time pressure, degree of control regarding work, work pace and level of chaos, and values alignment between the physician and administration. I experienced all four, but I think the greatest source of stress for me was the high level of chaos. I didn’t trust that patients would consistently receive the care they needed. Orders were sometimes incorrect, illegible (in the days before electronic medical records), or overlooked once written. An intravenous catheter left in too long led to widespread infection. Care providers forgot to wash their hands and spread serious infections from one patient to the next. EKGs and x-rays were misread. I’m someone who tends to imagine the worst. In the maelstrom of a chaotic work environment, I was worn down by worry.

Tactics to prevent medical errors have advanced since I practiced medicine. Checklists now remind care providers to replace intravenous catheters. Hand sanitizing gels and handwashing reminders are commonplace in hospitals and clinics now. Electronic ordering systems prevent handwriting errors and signal care providers about drug interactions and duplicate orders. It’s possible that with these improvements my greatest source of stress is now less of an issue, but physician burnout remains a widespread problem.

A 2012 study found that almost half of the practicing physicians surveyed had one or more symptoms of burnout. An online poll in the same year of more than 24,000 physicians found that only 54 percent would choose medicine again as a career, compared with 69 percent in 2011. From personal experience, I know the importance of creating a system in which physicians can fulfill their potential and connect with patients. I believe that until we see physicians as humans, prioritize their well-being, and create systems in which they can provide safe and compassionate care, we cannot expect them to heal others.

Hospital leaders are beginning to understand this equation. At the MMS conference, a panel of hospital executives spoke about the additional pressures on physicians within the current economic climate. I found it encouraging that the hospital leaders saw physician burnout as a serious problem and that many of the changes they were using to combat burnout were relatively simple. At one medical center, leaders attend patient rounds on a regular basis to better understand the physicians’ experience at the frontlines of care. They hold retreats to listen to physician complaints—then follow up on identified issues. Another leader sends thank you notes to physicians each time the hospital receives a complimentary letter from a patient. At another hospital, leaders decided to allow physicians to have more say about their daily schedule at the outpatient clinics. These were not costly interventions, and according to the executives, they seem to be helping.

Some of the solutions to physician burnout may be relatively simple and inexpensive — administration taking the time to understand physicians’ work experience and the barriers they encounter daily. Others are complex and resource-intensive, such as revamping the reimbursement system to measure and reward high quality compassionate care rather than the volume of procedures, tests, and physician visits.

Whether simple or complex, none of the solutions will be easy to execute, especially in the midst of the seismic changes taken place with health reform. But I believe that it’s possible to create a health system that supports physicians in their quest to provide high-quality, safe, compassionate care. I don’t think we can fix the U.S. health care system by expecting superhuman performance from humans under super-sized stress. We will only succeed if we instill safety and compassion for patients and providers in every aspect of care. If I suppress my humanness to survive in an environment that requires such a sacrifice, how will I be able to see yours?

Many groups across the nation are working on ways to infuse more humanity into health care. One example, the Schwartz Center for Compassionate Healthcare, founded by a health care attorney diagnosed with advanced lung cancer at age 40, helps health care organizations set up meetings where care providers can speak openly about the feelings of distress triggered by their daily work. If I’d had a safe place like “Schwartz Center Rounds” to express my emotions — fear, overwhelm, anger, guilt –perhaps I would have developed the resilience I needed to continue practicing medicine.

Given that I recently celebrated my fiftieth birthday and am happily ensconced in a writing career, it is unlikely that I will return to clinical practice. Sometimes this realization saddens me, but I no longer feel that leaving was weak or selfish.

Instead I believe that because I’ve survived in the trenches and now have a bit of perspective, I can help advocate for changes that will allow other physicians to practice medicine in a way that is life-giving to themselves and the patients they are privileged to serve — the way I had hoped to practice when I first donned my white coat. 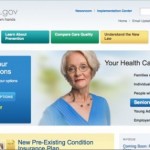