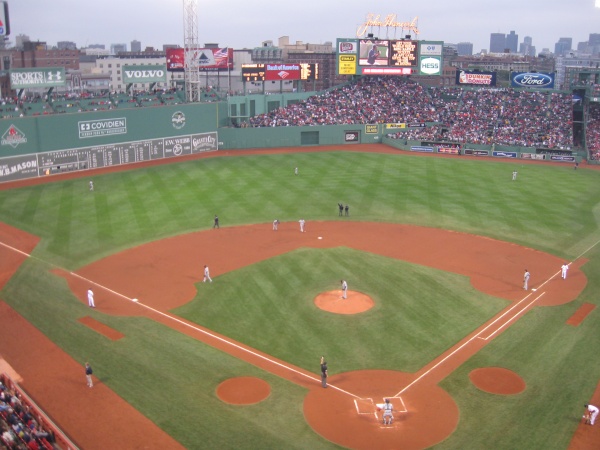 Once a Red Sox fan, always a Red Sox fan. But when you live your adult life in metro Detroit, you grow to love the Tigers. Watching the American League Championship Series caused some dissonant feelings: I was thrilled that the Red Sox won, but also a little sad that the Tigers lost. That’s baseball. Someone wins, someone loses.

Sadly, our national discussion on healthcare reform has become a win-lose debate. People identify with one team or the other, there’s a “my guys versus your guys” mentality, and the fans on each side are trash-talking rather than engaging in constructive conversation. The goal has become beating an opponent. It’s the equivalent of “The Yankees stink” — no respect, just vilification of the “enemy” and a focus on winning as opposed to getting-it-right.

We all have our favorite teams. Our teams are part of our identity — we’re Red Sox fans or Tigers fans because we grew up in Boston or Detroit, or we love the Reds because they won the World Series when we first became interested in baseball. We’re proud of our teams and want them to do well because it feels like we win when they win. And when someone is playing against our team, they’re playing against us.

But even in baseball, where the loyalties run deep, there can be an appreciation of talent and skill that isn’t bound to team allegiance: the All-Star game. The best of the best. All working together. No, the All-Star teams don’t have the cohesiveness of the regular teams, but the members all respect one another and the fans recognize the expertise. There’s not really a rabid fervor over American League versus National League, but more of a communally shared admiration of an ideal.

If the discussion and forging of policy must be like a baseball game, let it be an All-Star game. There’s wheat and chaff on both sides. Get rid of the bad stuff. Glean the best. There is the potential for remarkable good to come out of this. Few would argue that it’s bad that no one can now be denied medical coverage because of pre-existing conditions. Few would argue that bureaucrats should make medical decisions for patients. Keep the good. Get rid of the bad. Tweak it as necessary — put in a relief pitcher when needed. Use a pinch-hitter. Use a pinch-runner.

The near-lifelong Red Sox fan in me and the adoptive Tigers fan in me want to share the glory of the AL title. Maybe not an equal share — probably around 60-40. That cannot happen in this case.

The anatomy of a good doctor