An excerpt from The Devil Wears Scrubs.

They say every physician has a graveyard.

This patient is the fattest man I’ve ever seen in my life. His name is George Leeman and he’s got fat folds on his belly that are so deep, I think I could stick my whole fist inside. Hell, I think I could stick my whole arm inside. I think I might be able to set up a tent in his belly button with an adjacent fireplace. The nurses had to get him an extra-large bed because the regular hospital beds were too small to fit his massive frame.

Before we got him in the bed, the nurses weighed Mr. Leeman on our bariatric scale. It’s a scale we use for people who are either really obese or are in a wheelchair. The scale has a platform that’s about the size of an elevator and you can wheel or waddle onto it. We got a weight for Mr. Leeman and used it to calculate his body mass index (BMI). The BMI is a calculation based on a patient’s weight and height, and tells us scientifically exactly how fat a patient is.

For example, before I started medical school, my BMI was 24. That put me square in the middle range of “normal.” Now, less than one month into my intern year, my BMI is 26, which puts me just on the edge of “overweight,” kind of like the rest of the country. If I continue to eat primarily junk food, which is likely given how the last few weeks are going, I might get up to 30, which would make me officially “obese.”

Not really. But it’s high. He’s what we’d call “morbidly obese.” That’s a real medical diagnosis, you know. It’s not just something you say to make fun of the fat kid in the playground.

I’ve been sitting here talking to Mr. Leeman for about thirty minutes, scribbling notes on a piece of paper about his heart disease, his medications, his other medical problems. I actually sort of like the guy. He’s got a big toothy smile and he calls me “honey.” I should probably be insulted by the “honey” thing since he’s supposed to call me “doctor” and he’s just being disrespectful and sexist, but at this hour of the morning, any kind words make me feel a little less awful.

My senior resident Alyssa particularly dislikes obese patients. When the emergency room calls her about an obese patient, she sighs extra loudly. I’m not as bothered, and it’s not just because I automatically like anything that makes Alyssa unhappy. But I figure nobody gets to 600 pounds just by eating a bunch of bacon double cheeseburgers. People who are that big must have a disease, just like the patients with pancreatic cancer or multiple sclerosis. And I’m not going to throw stones. After all, I like my bacon double cheeseburgers too.

“Do you have any more questions, sweetheart?” Mr. Leeman asks me. I’ve now graduated to sweetheart. He’s making me feel all of twelve years old.

I look down at my page of chicken scratch. I can make out exactly five words on the page. I’ve been a doctor less than a month and I already got the handwriting down pat.

As a lowly medical intern, I must discuss every patient I see with my senior resident—and odds are excellent that Alyssa will send me back in here to ask something else I forgot. No matter how thorough a history I think I got, she always comes up with something. What’s the patient’s shoe size? What did he eat for dinner last night? What was the middle name of his best friend in third grade? Alyssa demands a very thorough history.

I find Alyssa sitting in the resident lounge, which is her working area of choice when we’re on call. She’s wearing blue scrubs that make her eyes look bluer. Alyssa isn’t beautiful, although sometimes I wish she were because it would give me another reason to hate her. She’s on the cusp of beautiful, but she’s a little too skinny, a little too tall, her forehead a little too long. My mother always says that the forehead is what makes the face. I’m not sure I agree with that one, but Alyssa’s forehead definitely isn’t doing her any favors.

Alyssa must be as sleep deprived as I am, but she doesn’t look it. Her straight brown hair is swept back into… I think it’s a chignon, although I truthfully don’t know what the hell a chignon is. Not one little hair is out of place. Her eyes aren’t bloodshot and don’t have little purple circles under them, like I know mine do without even looking in a mirror. And she smells good. Nothing in this hospital smells good, except somehow Alyssa does.

She’s not really asking me if I’m ready. She’s really saying to me, “You better be ready and not be wasting my time, girlie.” I wring my fists together and in the process, I crumple my notes slightly. Even though it’s three in the morning, I’ve got a little surge of adrenaline going.

“I’m ready,” I say, with all the finality of someone pledging her marriage vows.

Freida McFadden is the author of The Devil Wears Scrubs.

Researching your health is about balance 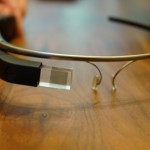 They say every physician has a graveyard
5 comments