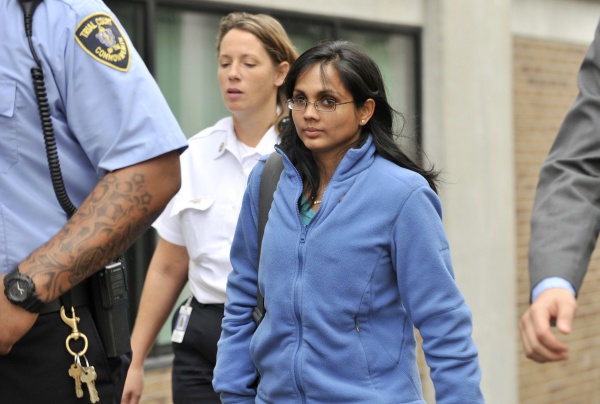 The attorney appointed by Massachusetts Governor Deval Patrick to investigate the case of Annie Dookhan, the Massachusetts state drug lab chemist who allegedly faked test results, tampered with evidence and neglected protocols over a several year period, now states more than 40,000 cases may have been affected.

So far the state has released 330 inmates and dismissed or declined to prosecute more than 1,100 other cases as a result of Ms. Dookhan’s “work.”

This story first came to the public’s attention last year, a few months after Ms. Dookhan resigned, and just keeps getting worse.  The State Police have labeled this case as “one of the largest criminal snafus” in the history of the state.

According to the president of the Massachusetts Association of Criminal Defense Attorneys, the,

lab analyst in question had unsupervised access to the drug safe and evidence room, and tampered with evidence bags, altered the actual weight of the drugs, did not calibrate machines correctly, and altered samples so that they would test as drugs when they were not.

Ms. Dookhan, who apparently also falsely claimed to have a master’s degree in chemistry, had a reputation for being the most productive tech in the lab; she would routinely process more than 500 cases per month, when an average tech could only process 50-150 cases per month.

She was also a darling to prosecutors working on drug cases.  This may be because she would reportedly work on cases out of order for some prosecutors when asked, deliberately report negative tests as positive and report results for cases she never even analyzed.

While the impact this one chemist has had is incredible, the state’s public defender is worried there may be more than just one tech who have “cut corners or falsify results.”

Apparently there was tremendous pressure placed on the lab techs to get through cases, and as of March 2012, the backlog was at least nine months long.  Defense attorneys in the state are calling for a review of all cases, not just the ones Ms. Dookhan personally handled (or didn’t, as it were), to ensure other techs did not also circumvent proper procedure.

Ms. Dookhan was indicted in December 2012 “on 27 counts of obstruc­tion of justice, tampering with evidence, perjury, and other charges.”

While this is by far the most sensational story of a crime lab tech going rogue I’ve ever heard of, it is sadly not the only one.

You will recall I also wrote about the lab tech in the New York Medical Examiner’s Office earlier this year who was found to have mishandled evidence in at least 26 rape cases, claiming no DNA was present when in fact there was.

These cases illustrate both how important lab technologists/technicians are to the work being done in laboratories, and how improper supervision can lead to absolute disastrous outcomes.  In my opinion, the lessons here are applicable to every laboratory, not just crime labs.

The Triple Aim is vital to our collective health

Ariel Castro: That could be your patient they're talking about

More by The Pathology Blawg, MD