The notion that doctors can be replaced by technology has sparked a series of brawls between doctors and technologists over the last couple of years. Today, both sides continue to throw punches in the press and online.

As health care technologies become more sophisticated, the opportunity to automate medical decisions becomes more seductive. Yet, physicians are unwilling to throw in the towel. They point to the importance of human interaction and the dominance of the human brain over the most advanced computers.

Earlier this year, I refereed such a duel. I was asked to moderate a panel discussion between two men central to this debate. Fighting in the technologists’ corner: Vinod Khosla, a venture capitalist and founder of Khosla Ventures. His opponent: Dr. Abraham Verghese, a physician and author of the best-selling novel “Cutting for Stone.”

I was clear that I wanted a clean fight. No hitting below the belt, neutral corners upon my instructions, touch gloves and come out at the bell.

Although both men were proven heavyweights with powerful perspectives and laser-like jabs, there was more agreement than I thought possible heading into the event.

The venture capitalist Vinod described medicine as something left over from the past. He referenced doctors’ frequent use of anecdotal approaches over proven scientific methods. He hypothesized that “Big Data” could be a solution to many of the industry’s shortcomings, arguing technology can and should replace 80 percent of what doctors do.

Abraham countered with the doctor-patient relationship. He recited powerful stories of how trust begins through doctor-initiated rituals, like putting fingers on the patient’s wrist to measure a pulse.

As the moderator, I loved both viewpoints. And I believe each is right. Until antibiotics were introduced in the 20th century, medical treatment harmed more people than it helped. Yet patients have respected doctors as healers since ancient times.

Vinod is right in that a century from now people will laugh at much of what we call “modern medicine” today, just as we now look down on past practices as witchcraft. Moreover, he understands how rapidly knowledge is accumulating. He correctly points out that doctors without computers can’t keep up with the most up-to-date approaches.

At the same time, Abraham is correct that medicine can’t be based on data and algorithms alone. Trust is what enables a doctor to help a patient cope with chronic disease or to engage in end-of-life discussions. And trust is dependent on human relationships.

Medication compliance – the degree to which a patient correctly follows medical advice – is a powerful example of how both men are correct. Studies show patients follow doctor recommendations as little as 50 percent of the time. Although there is no way to know for sure, some estimate that 100,000 people die each year from non-compliance.

In some cases, patients don’t follow doctors’ orders because they are confused about the timing and dosage of medication. One solution for these patients could be a mobile device with a drug application. They would simply receive pop-up reminders when it is time to take their medication. Take the dosage, touch the screen and the reminder disappears. Failure to touch the screen notifies a doctor or nurse.

In other cases, however, this solution would be inadequate. Consider patients whose lack of compliance results from fear. For example, a patient’s friend was prescribed the same drug and died. The solution here requires a trusted doctor who can explain why the drug is necessary and the risks involved. And most patients trust doctors more than computers.

Patients are more willing to follow medical instructions, focus on positive lifestyle changes and tell the truth when they have confidence in their doctor. But doctors can do much more for patients when modern technology is assisting them.

When the final bell rang, I scored the match a draw. Everyone in the audience recognized that both computers and people will be needed in the future – not as substitutes for each other, but as complements to one another. To do that, however, both sides need to meet somewhere in the middle.

Technologists must accept that they can’t replace doctors with new technologies. Meanwhile, physicians must accept that computers and algorithms can improve their profession. Together, these powerful forces have the potential to take the health care system to the next level. 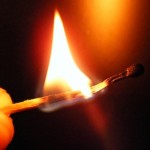 Technologists versus doctors: Who wins?
8 comments