Whether it lasted hours or months, every hospital stay is chronicled in that one final document: the proverbial baton passed from a patient’s hospital doctor to his primary care provider better known as a discharge summary.

This report has always been available to patients after they fill out a decent amount of paperwork. In mid-July, Massachusetts General Hospital began sharing discharge summaries with all patients through an online portal. The move came as a surprise to many doctors, prompting discussion about the purpose of these summaries and the implications of sharing them openly.

The intent of this new transparency, according to an email from the hospital’s health information services, is to “help patients make healthier and more informed decisions about their care.” Beyond the ethical argument that patients ought to have easy access to information about them (which is the norm in countries like France), there’s a practical benefit to sharing discharge summaries. Knowing the specifics of your medical issues (say, that you have atrial fibrillation, not just “a funny heart rhythm”) and of your hospital course, you’re better-equipped for Google self-diagnosis. More importantly, you can be a resource and an advocate for your care when you see doctors down the road, especially if they don’t have access to records from your previous providers.

So why are doctors conflicted? Maybe it’s the fear that patients will be offended by what we write about them (“An obese woman appearing older than her stated age”). That patients won’t understand our jargon or that we’ll be forced to write as if we were talking to patients, displacing the primary role of the document. (Early research on open notes has shown that such fears may be unfounded.)

Part of the hesitation comes, I think, from our history of difficulty writing them well. A 2007 review of dozens of studies on the subject found major flaws in these documents: they often missed key information like a patient’s main diagnosis, a list of medications to take after leaving the hospital, and laboratory test results that were pending at the time of discharge. We know that the summaries are often wordy or redundant – the victims of cut-and-paste – or overly brief.

There is also the issue of promptness. The majority of summaries examined in the review didn’t reach the outpatient doctors in time for the follow-up visit (defeating much of the purpose) or in some cases, at all. More recently, since insurers began rewarding hospitals for getting the summaries done on time, the rates of summaries finished within 24 or 48 hours of a patient’s departure have risen dramatically. But with any push for quantity, quality may have taken even more of a hit.

Coming from a practice in which our patients can access all of our notes, I’m probably more comfortable than average with my words being shared. I see this, instead, an opportunity for doctors to hone our medical reasoning on a document that now enjoys an expanded audience. I’m working with a team of similarly-minded residents (trainees, after all, are responsible for a major share of the summaries written in teaching hospitals like ours) to think about how we can write and promote better quality discharge summaries despite the time pressures. The result, we hope, will create smoother transitions for all of our patients.

We offer patients too many unproven treatments at too much expense 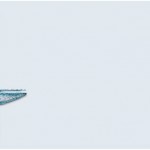 Doctors are conflicted about sharing discharge summaries with patients
11 comments