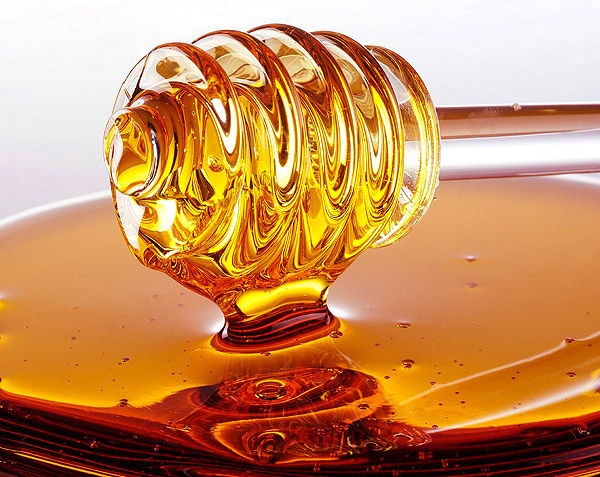 High fructose corn syrup, that sweet over-produced commodity of agribusinesses everywhere, has been linked in two miserable ways to bees and honey. The first discovery was made almost two years ago, and the second only 2 months ago. First, most of the “honey” available for purchase in supermarkets is not really honey, but instead an ultra-filtered impostor often produced in China, and frequently contains high fructose corn syrup. Secondly, honey-producing bees in their hives are being fed high fructose corn syrup instead of their own honey, and new research has linked this practice to colony collapse disorder.

I recently learned that much of the honey we are buying is diluted with HFC, but this practice was exposed back in 2011. According to research, up to 75% of the honey purchased in the US is not technically honey, since it contains no trace of pollen. Ultrafiltration has been used to purge the honey of all pollen, thereby making it impossible to determine the source of the honey. According to an article published by Food Safety News:

Ultra filtering is a high-tech procedure where honey is heated, sometimes watered down and then forced at high pressure through extremely small filters to remove pollen, which is the only foolproof sign identifying the source of the honey. It is a spin-off of a technique refined by the Chinese, who have illegally dumped tons of their honey – some containing illegal antibiotics – on the U.S. market for years.

It naturally follows that big box stores and pharmacies, purveyors of some of the most processed foods available, had the worst quality honey. Stores like Walmart and Target, pharmacies like CVS and Walgreens, and even restaurants like KFC and McDonald’s sold honey mostly or entirely without pollen.

It seems one reason to ultrafilter honey may be extending shelf life and providing crystal clear honey. But skeptics and those in the industry state the main reason to do this is to obscure the origin of the honey, which may be India, China, or Brazil, and may contain prohibited levels of pesticides, heavy metals, antibiotics, and dilutions with cheap high fructose corn syrup.

Raw honey contains many complex substances, some of which are antioxidants and have purported medicinal qualities. Yet besides providing superior relief of head cold symptoms compared with over-the-counter drugs, and possibly aiding wound healing, the medicinal benefits of honey are mostly unproven or over-stated.  But the real stuff surely tastes better – like a fine Argentinian Malbec compared to a boxed Franzia sweet zinfandel… but I digress.

The researchers found that the honey they purchased at farmers markets, co-ops and “natural” stores like PCC and Trader Joe’s had the full, anticipated amount of pollen, and was therefore “real.”

And the second disturbing association between HFC and honey bees is that since the 1970′s many mass honey producers have been draining the honey from hives during production,  replacing it with high fructose corn syrup for the bees to eat. This practice was deemed safe initially, but a recent study has found this practice is contributing to colony collapse disorder, and may actually be a prime cause.

In the study published in Proceedings of The National Academy of Science, researchers found that honey contains at least three substances that help stimulate the immune systems of bees, thereby making them stronger and more able to withstand the many pesticides and pathogens to which they are exposed:

As a major component of pollen grains, p-coumaric acid is ubiquitous in the natural diet of honey bees and may function as a nutraceutical regulating immune and detoxification processes. The widespread apicultural use of honey substitutes, including high-fructose corn syrup, may thus compromise the ability of honey bees to cope with pesticides and pathogens and contribute to colony losses.

While the HFC fed to bees seems to be a major part of the problem, one cannot ignore the other scientific studies that implicate Bayer’s neonicotinoid pesticides, and the genetically-modified crops engineered by Monsanto that are treated with the pesticide.

And so it seems that in at least two ways, high fructose corn syrup and honey should not be interchanged. Eating ultra-filtered honey may expose us to untraceable, contaminated sources of honey that have been diluted in cynical, profit-increasing ways. Similarly, feeding honey bees high fructose corn syrup deprives their immune systems of  necessary triggers of innate detoxification genes… and quite frankly just seemswrong.

If you are going to buy honey, look for the real stuff, perhaps at a farmers’ market. This may be reason #623 not to do your grocery shopping at a pharmacy. And regarding the health of bees, let’s all do what we can to help them, since they are an irreplaceable foundation of our food supply… and cute little buggers at that.

When donated blood is wasted