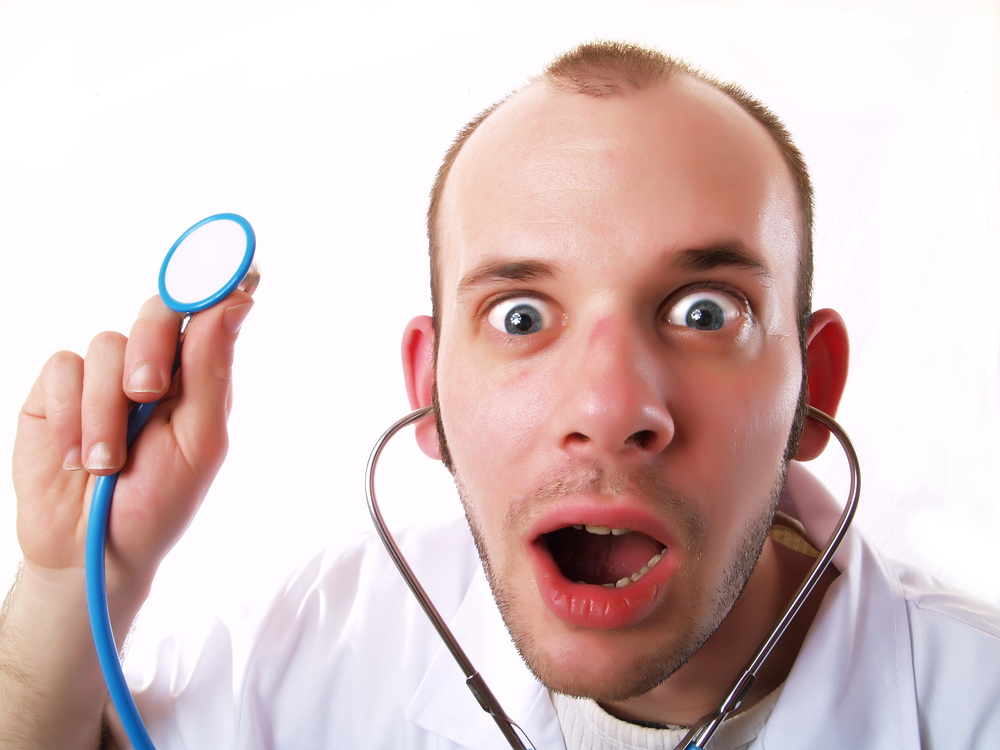 2. When your doctor tries to look in your mouth, arch your tongue so he can’t see the back of your throat. If he tries to use a tongue depressor, make gagging noises as soon as the tongue depressor touches your tongue and say that you forgot to tell him that you’re allergic to balsa wood. Argue with him about what type of wood tongue depressors are made out of.

3. When your doctor looks in your ear with that light thingy, keep saying “What? WHAT? I can’t hear you. WHAT?”

6. When your doctor tries to listen to your heart, take shallow breaths and moan loudly every time you exhale.

7. Laugh loudly and wiggle all over the bed when your doctor presses on your stomach. Tell him to stop it because you’re ticklish.

12. When your doctor examines your skin, point at random areas of your body and ask what he thinks that rash is. When he asks what rash you are talking about, Look at him like he’s crazy and point to the same spot, saying “THAT rash. Right THERE.” Then roll your eyes and shake your head.

13. After the exam, tell the nurse that you don’t think the doctor did a very good physical exam.

14. When your doctor comes in to give you your discharge papers, ask him what year of training he’s in. Duck quickly. Chances are good that he will swing at you.

WhiteCoat is an emergency physician who blogs at WhiteCoat’s Call Room at Emergency Physicians Monthly and Dr. Whitecoat.

Women physicians in academia: The academic versus the biological clock