My first instinct was to yell into the phone as loudly as possible.

“Run away, run away while you still have time.”

But I suspected that the medical student on the the other side of the mobile would have been traumatized.  She was just trying to find an attending to shadow.  How was she supposed to know that at that exact moment the nursing home administrator had pulled out thousands of computer generated order sheets, each bearing my hand written signature but apparently now needed to be dated?  For ten years I had signed these documents without dating them.  But all the sudden some distant regulation had changed,  and I was on the hook.

Certainly annoying, but no big deal.  At least, no big deal unless taken in context of the rest of my day.  It started at 6am with a phone call from the nursing home announcing a skin tear.

“Sorry to wake you doc, we are following the wound care protocol, but its regulations, you know.”

Then there was the discharge from the hospital.  After seeing the patient and documenting appropriately, a new litany of paperwork: medication reconciliations, continuity of care forms, discharge instructions, and a face to face evaluation forms.

The office was no better.  The papers on my desk had stacked up over the last twenty four hours.  I plowed through the hand written narcotic scripts, assisted living history and physical forms, duplicate death certificates, FMLA forms, and disability questionnaires.  Of course, the power wheel chair application for my paraplegic patient was denied because I forgot to strike a pertinent negative from the review of systems.

All of this before seeing my first patient and contending with the futility of meaningful use and all those pointless clicks.

The primary care physician is being slowly picked to the bone.

Better to not say a word to the medical student. Let her shadow me.  The facts will speak for themselves.

Another budding radiologist, dermatologist or allergist in the making. 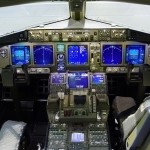