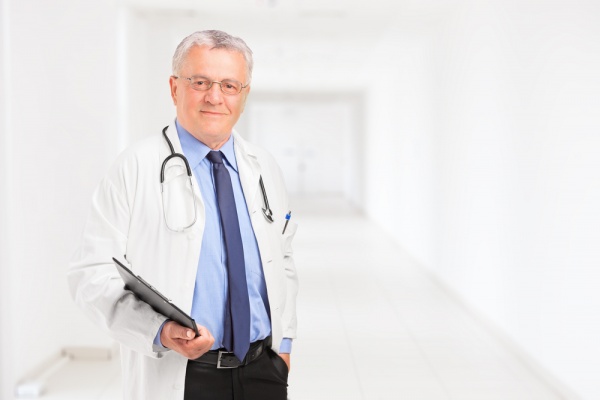 What would you prefer your doctor to be wearing when examining and treating you or your loved ones? Most would likely reply with something along the lines of “it doesn’t really matter, as long as they are competent and do a good job.“

Except it does matter, apparently. So much so that there have been hospital/nation-wide policies surrounding the issue, and a recent surge in publications studying this phenomenon – some of them hinting at the possibility that patients do care a great deal, even if they don’t consciously know it.

Let’s start off with the most commonly cited reason for getting rid of the traditional physician attire of the white coat and the neck tie: “Eww, it’s full of bugs! You’re spreading MRSA to everyone!” Based on a handful of studies that found many neckties were colonized with bacteria, there have been a tremendous push to shun these traditionally professional accessories (and by extension the white coat as well) from everyday practice. Many will recall how the U.K. banned neckties altogether in their hospitals, and centers around the world are contemplating similar action against white coats, long-sleeved shirts, and other items of clothing.

But hold on a minute. Is this truly evidence for neckties and white coats being inherently evil? Take a step back, and one might realize that the problem is not wearing neckties or white coats…or wearing any other traditional doctor’s attire, for that matter – the problem is that healthcare professionals have been lazy when it came to personal hygiene habits.

You are supposed to clean those neckties and white coats with the same regularity as you do your shirts and pants. I would argue that a physician who washes his necktie and white coat as often as another doctor does her scrubs, is as equally safe from an infectious diseases point of view. Wearing a scrub top and sneakers instead of a necktie and white coat does not magically make one less of a vector for transmissible diseases; I have seen many a doctor wearing the same personalized scrub top, with the same pair of pants and the same pair of shoes to work day after day – swab their attire and you’ll likely discover the workings of a Petri dish.

Banning sleeves is just as ridiculous. Will physicians magically improve their hand-to-elbow washing habits when wearing short-sleeved shirts? Evidence suggests otherwise: physicians are still among the worst offenders when it comes to hand hygiene, and bare skinned forearms are just as good a vector as a clean shirt sleeve. I doubt rolling up their sleeves will result in any significant improvement in preventing MRSA spread.

The focus, from an infectious diseases point of view, should have been on improving personal cleanliness and hand washing, and not so much on what a physician wears to work.

Regardless, the train as left the station and many have hopped onto the bandwagon of ditching the traditional doctor’s attire for something much more casual, and at times, I wonder if the pendulum has swung a little too far. Medical students wearing jeans (or what they would later defend as “fancy” jeans) to a clinical shift; residents showing up for work in what looks more like yoga outfits and pajamas; and staff losing the necktie and white coat for v-neck t-shirts.

What is happening to the professionalism of the profession of being a doctor? Even when not explicit, there is an unspoken standard when it comes to attire for every single other profession, be it a lawyer or a bank teller. Making the effort to dress professionally denotes respect for those you serve, and respect is of utmost importance in a doctor-patient relationship. This recent BMJ letter offers a refreshing take on the whole subject, concluding with a plea for physicians to don their ties once more.

And it matters more than you might think. Rehman et al enrolled over 400 individuals in their study, looking at the effect of physician attire on trust and confidence of patients. Their conclusion?

This recent study by Au and Stelfox analyzed how patients and their family perceived ICU physicians wearing different types of attire. One of the most interesting things the authors found was that even though people would consciously claim that what the doctor was wearing didn’t matter – their ultimate responses showed “traditional attire was associated with perceptions of knowledge, honesty, and providing the best care” … even beating out those wearing scrubs. Such first impressions may be especially important in brief interactions such as those in the ER.

So where should we go from here? When it comes to life and death, what one wears probably has minimal effect in the grand scheme of things. Still, the focus need to shift away from individual clothing items, and more on personal hygiene habits overall. More studies need to be done to explore the effect of professional attire on perceptions, quality of communication and trust building between doctors and patients.

Until then, I think as a patient I would still appreciate a doctor who dresses professionally. Assuming that outfit’s fresh and clean, of course.

Reminding medical students and residents to shake off the cynicism

Let’s stop worrying about what we call obesity

What doctors wear: Do we care too much?
15 comments