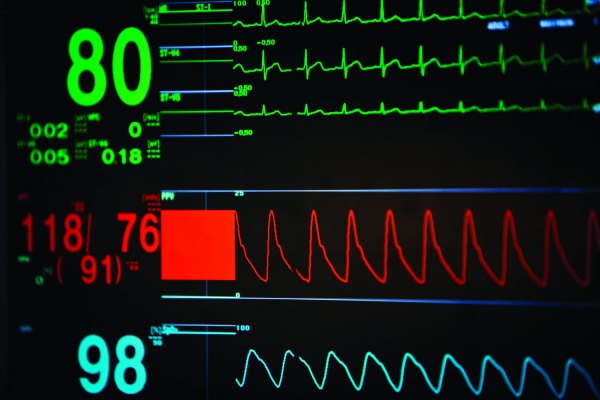 Patient safety and hospital quality is a scary topic. I’ll go easy. I’m just a doctor. I don’t know much.

Entire departments, filled with cubicles, computers and well-meaning people, now exist to keep hospitals tightly regulated and running perfectly. There is data to analyze, regulations to read, and oh so many meetings to attend. This place of healing will be safe—and perfect.

The recent sentinel alert issued from the Joint Commission caught my eye. It appears we have a problem with hospital monitors.

First the monitors, then the matter of whether patients are dying from medical errors.

From the Commission: “Hospital monitors are monitoring too much; they beep too loudly and more than 80% of the time, the alarm was false. These facts have led caregivers, who all are humans, and many are commonsense seekers, to turn them off or down, or in some cases, to levels that are not appropriate. The sentinel alert tells us widespread alarm fatigue has been associated with patient deaths.”

I’ll start with this as a given: Patient safety and quality care are serious issues.

But now, let me tell you the story of two hospital settings.

The first is the CCU. In the coronary care unit, there are closely spaced rooms filled with quite ill patients. Lights are turned to the brightest setting, ventilators chirp, monitors beep, alarms scream. I hate big words, but cacophony, comes to mind. Plus, the culture of the CCU holds that patients will die any second, even though the CCU of the 80s are much different than now. (For one, a not insignificant number of current CCU patients are there because no one has had the gumption to tell them the truth about their illness, or that another line of treatment exists–namely, one that emphasizes symptom relief.)

Compare the CCU to my electrophysiology (EP) lab during an ablation. Here we have a patient, paralyzed and under general anesthesia, while a doctor manipulates a catheter in the heart. The patient’s life is totally dependent on machines—even more so perhaps than many in the CCU. The difference is that it is quiet and rhythmic in the EP lab. The sounds that reach the caregivers’ ears are methodical and regular. When an alarm sounds, people notice it.

“What’s wrong?” I ask. Oh, it’s a low oxygen level or blood pressure. In this setting, alarms are useful because the background noise is regular and modest.

So, I am not arguing that alarms are bad. It’s just that stories like this one remind me what’s being lost in many of the hyper-alert processes surrounding quality and safety. Common sense has been moved too far down the checklist and protocol.

Recently, researchers from Yale presented an abstract in which they found that patients were over-exposed to monitors. It was a small study, but the conclusions were important: let’s use common sense about whom we monitor, and, perhaps we should study things that we think are good quality measures, but may not be.

Yes, medical errors need to be minimized, and systems surely can help caregivers. But clarity is everything. Disease and trauma kill patients. Medical practice is imperfect and sometimes fails to cure. Sometimes even, in the attempt to cure, we make matters worse.

The words of a wise surgeon who once counseled a young doctor distraught over a procedural complication bear repeating. If you don’t want any bad outcomes, don’t treat anything.

So please, can we fix the words about how hospitals and medicines and surgeries are killing people. Imperfection must be recognized and minimized. Trying always to avoid it can lead us farther from where we want to be.

Let’s work together. Let’s be honest, clear and, above all else, employ common sense in the treatment and monitoring of others.

The third year of medical school serves a wonderful purpose

How to enhance access to mental healthcare in rural America