It is near impossible to escape the commanding news headlines: The horrific details that are emerging about the years of violent captivity of three women in a home in Ohio; The fifteen year old Californian teenager who was allegedly sexually assaulted by three boys and then committed suicide last September.

And, internationally, the tragic case of a 23 year old woman who was gang raped and beaten to death on a moving bus in New Delhi.

These stories that garner much media attention and tap into our worst nightmares—that a random person (s) could perpetrate a heinous crime against an innocent woman.  A woman who could easily be us, our sister, our friend or our daughter.

Whilst these cases are indeed horrific and deserve our full attention and the victims, our full support, it is important that we do not view violence against women as an outlier freak occurrence or random act of evil that, on occasion, captures the headlines.

For those of us who work as mental health professionals and bear witness to the stories our patients share with us on a daily basis it is apparent that violence against women is, sadly, all too common an occurrence.

The reality is that for millions and millions of women, all over the world, violence is an everyday part of their lives. Rape, battery and other forms of sexual and domestic violence are such a common part of the lives of women that they cannot be viewed as unusual or outside what one might consider an ordinary experience. Such acts are more likely to be perpetrated by someone known to the woman. An example of one of the most common forms of violence against women worldwide is intimate partner violence (IPV), i.e. physical, psychological or sexual abuse of women perpetrated by their intimate partners.

IPV and domestic violence figures among the top ten global causes of years of life lost due to premature mortality and disability. The consequences of IPV are far reaching, insidiously destructive and have a widespread negative socioeconomic impact.

Some of the physical consequences include chronic pain, unwanted pregnancies and contracting a Sexually Transmitted Disease (including HIV); Common psychological sequels include depression, suicidal ideation and posttraumatic stress disorder.

From a healthcare economics perspective: the widespread prevalence of such violence in our communities is linked to poorer health outcomes for these women and more frequent healthcare utilization when compared with non abused women.

I often wonder why we don’t see more of a societal push or a sustained community effort to “stand up to”; “eradicate” or have “zero tolerance” toward violence against women. Such efforts don’t appear to have the same zeal or consolidated community effort one might see for a fight breast cancer or prevent heart disease campaign.

I wonder if it has something to do with a collective amnesia we, as a society, are prone to developing when we think of IPV or violence against women.  To quote Judith Herman’s 1992 book, Trauma and Recovery:

“The ordinary response to atrocities is to banish them from consciousness. Certain violations of the social contract are too terrible to utter aloud: this is the meaning of the word unspeakable. Atrocities, however, refuse to be buried.  Equally as powerful as the desire to deny atrocities is the conviction that denial does not work…..remembering and telling the truth about terrible events are prerequisites both for the restoration of the social order and for the healing of individual victims.”

The recent headlines highlight what is the tip of a massive problem. Violence against women is a serious human rights and public health problem that concerns all sectors of our society and should, therefore, concern all of us too.

Shaili Jain is a psychiatrist who blogs at Mind the Brain on PLOS Blogs, where this article originally appeared on May 23, 2013. 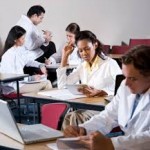 Violence against women is a serious public health problem
9 comments