The AMA recently announced that they now considered obesity to be a disease.  This announcement set off the usual firestorm: swarms of posts and comments on the internet and elsewhere by highly opinionated people, each of whom was certain of his or her position.

There were those who were predictably outraged (“obesity is solely the result of gluttony and lack of will power!”) and those who welcomed the new label as a way to pressure insurance companies to pay for more treatment.  There were those who saw the disease categorization as stigmatizing to the overweight and those who raged that weight was not always related to poor health.  And then there were the conspiracy theorists who assured us that the only reason for the AMA’s move was to enable doctors to bill for more services and therefore get richer.

I am growing increasingly weary of the internet debates on obesity, mostly because so few of the commenters have any clinical experience with the problem and because their positions are so angrily and unassailably black and white.  Obesity is an emerging physiological state and we are only just beginning to learn about it.  There is no room for unyielding certainty.  Clinging to assumptions for way too long prevents us from advancing both understanding and treatment.  Thus, we can only say what our opinions and guesses may be as of today.  Everything else is up for grabs.

I personally don’t like this new disease classification much.  While it’s not competely off base, it seems linquistically and emotionally wrong.  We all sort of sense that it doesn’t quite fit.

If we look at definitions of the word “disease” they cluster around this description:

If we parse this definition, obesity is (in my experience at any rate) definitely a disease.  Obese people often have a food balance disorder with “distinguishing signs and symptoms.”  Professionals don’t focus enough on the fact that people who have fallen into the weight gain cycle have a process that involves “impaired normal function.”  I strongly believe that obesity sets itself up and perpetuates itself because of changes in gut peptides, brain neurotransmitters, hunger and satiety hormones, and chemical changes in the fat mass itself.  For the most part, this is discounted in obesity treatment which tends to focus solely on self-control, self-deprivation and exercise.  If the re-classification of obesity as a disease means that we will start educating people about the fact that their weight is creating true changes that intensify the problem, I’m on that bandwagon.

On the other hand, the word “disease” has a common linquistic usage that suggests a process that comes upon us unbidden.   While we know that there are potential risk factors for cancer, gallbladder disease, emphysema and so on, they are not quite so direct or in our face as the known risk factor for developing obesity:  making the wrong choices in what we eat every day.  Here again, I believe that we vastly oversimplify the reason that people become obese.  Many of us can eat in a largely unrestricted way and not gain weight. ( I was one of these people until about 15 years ago, so I know).

But using the word disease to describe the problem of easy weight gain runs the risk of suggesting that the obese person must resign himself to having a condition,  a problem that has unluckily settled on him. There is a certain fatalism in this.   Diseases, at least in America, are usually treated with either drugs or surgery so it stands to reason that defining obesity as a disease will increase the tendency to look toward medicines and procedures.  While we need this, we also need a much stronger cultural imperative to clean up our eating environment.  Classifying obesity as a disease takes the heat off those who bear a large share of responsibility for our problem: the food industry.

The physiologic disorders that start as we gain weight are often linked to addictive eating habits.  I know so very many people who are battling obesity.   Yet I have been with these same people when they ate cookies, cake, pasta lunches, chips and other addictive foods, all the while decrying their inability to lose weight.  If those who are suffering from obesity and who truly want to change can’t stop eating modern foods, we must take very seriously the highly addictive nature of the substances that pass for food in our daily lives.  The results of such eating may lead to self-perpetuating disease, but the trigger is environmental.  And, of course, there may be many other environmental triggers.  I’ve alluded to these in previous posts.

When obesity gets a foothold in the body, it sets up a disease state—not always, but very often.  I cannot argue with the fact that these profound bodily changes need vastly more attention.  Telling people to eat less and go to the gym more does nothing for what is driving the problem.  (Eating foods that do not stimulate insulin, and so bypass the fat storage mechanism, does. And by the way, that’s what I believed yesterday and is still what I believe today—always subject to change).   Obesity is a problem with two heads.  The first involves addiction and behavior.  The second involves disease.

We cannot address one without the other and we need to classify obesity as a problem with both.

What will health care teams mean for patients? 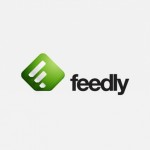 We vastly oversimplify the reason that people become obese
10 comments