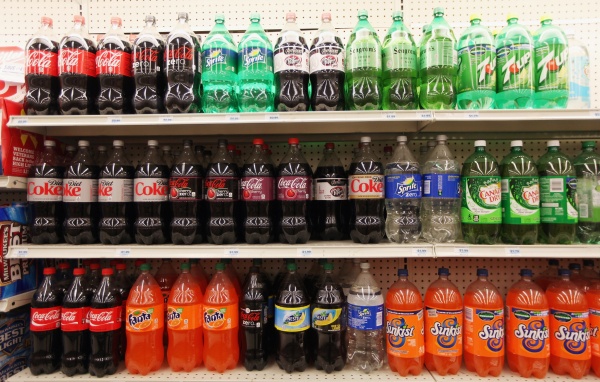 I’m sad that a New York judge struck down the 16-ounce size limit for sodas and some other sweet drinks.  I think Mayor Bloomberg had the right idea.

I get that whole personal freedom argument (although the court just said that it was arbitrary and out of Bloomberg’s purview), that this was a “nanny state” idea. But honestly, when it comes to obesity, we may need nannies to save ourselves—from ourselves.

Think of it like seatbelts.  Car manufacturers make them to keep us safe, but theoretically it’s our choice whether to use them or not, right? I mean, whose business is it if we want to take the risk of flying through the windshield if someone runs a light and rear-ends us? It’s our life (or death), isn’t it?

And yet, you can get pulled over and ticketed for not wearing a seatbelt in 32 states (as well as in Washington DC, American Samoa, Guam, Puerto Rico and the Virgin Islands). In 17 other states, you can get a ticket for not wearing a seatbelt if you get pulled over for something else. (The Governor’s Highway Safety Association website has the latest information on seatbelt laws in the United States, if you are curious.)

These laws make sense to most of us. Seatbelts save lives. Flying through the windshield (or flying through the car and hitting things) can kill you. Having a law that helps us remember to buckle up ensures that fewer people die.

Here’s the thing: limiting our access to sweetened beverages would ensure that fewer people die too.

Now, of course there’s more to obesity than sweetened beverages. Our big portions, sedentary lifestyles, our love of fast food, not to mention food deserts and the fact that many people don’t have access to safe, affordable places to exercise are all part of the problem too. But as studies have shown, drinking our calories is a bad idea. Dr. David Ludwig here at Boston Children’s Hospital has studied this. When we drink our calories, he says, we don’t feel full—and so are likely to take in more calories than we need. Not only that, the sodium in many of these beverages makes us thirsty—so we drink more of them.

Currently, more than a third of adults in the United States are obese—and another third are overweight. Obesity is a big cause of heart disease, stroke, type 2 diabetes and cancer, which are among the leading causes of death in our country (heart disease is #1). If we could decrease obesity, we’d save lives.

If fewer people drank sugar-sweetened beverages, or at least drank smaller quantities, fewer people would be obese. It may not be what’s driving obesity, as the American Beverage Association insists, but it’s hard to argue that anybody really needs to drink a 20-ounce soda—or that it would be better for their health if they didn’t. It’s low-hanging fruit, so to speak; it’s an easy way to get started on fighting what’s killing us.

So I think the ban is a good idea—and I think taxes on sodas and other sugar-sweetened beverages are a good idea too. We should be able to tax things, like cigarettes, that are bad for you.  Especially when medical costs associated with obesity were $147 billion in 2008, and likely even higher now. This isn’t just about the health of individuals—it’s about the health of our society and economy.

As for the argument that this affects low-income people and minorities more, so does obesity: the obesity rates for African Americans (50%) and Hispanics (39%) are higher than for whites (34%), and while having a lower income only increases the risk of obesity for certain groups (like women), it certainly makes it more difficult to buy healthy food and go to the gym.  I’m not worried about restaurants; I think they can figure out a way to make up whatever they lose by not selling huge drinks. Bans and taxes like these force us to rethink our habits, and if there were ever a habit that needed rethinking, it’s sugar-sweetened beverages.

As Bloomberg said, “..the conversation we started about the dangers of the portion sizes of sugary drinks has prompted many people…to take action.” When it comes to obesity, it’s action we need. I hope more people follow his lead.

What is the excuse for not taking action on Alzheimer's?

The dark side of social marketing to physicians