When I first heard of the tragic accidental shooting death of a 2-year old girl by her 5-year old brother, at first I thought it was because some adult left their gun out and was not supervising the children properly.

Not too many things surprise me anymore, but this time I was surprised when I found out that poor supervision was only part of the issue and that the 5-year-old was shooting a rifle that was given to him as a present (at age 4). Not only that, but it is reportedly not an uncommon practice in the area of Kentucky where this death occurred for guns to be given as presents to children.

Real guns are actually legally marketed for children in the U.S., such as those made by Keystone Sporting Arms of Pennsylvania. This company sells a rifle called Crickett, which is marketed as “My First Rifle” complete with an associated picture of a giant Crickett that looks like a smiling Jiminy Cricket with a gun.  This is the exact gun that the 5-year old child used when shooting his sister.  There is another such youth gun called the Chipmunk, which again plays off of kid-friendly carton themes such as Alvin and the Chipmunks.  The company posts no suggested age ranges for the use of their guns by children but there are age ranges posted for Legos, puzzles, and an untold series of toys. But a gun is an exception?

Matters get even worse in my opinion because while it is illegal for a child to purchase a firearm in the U.S., it is not illegal for an adult to give a child a rifle as a present.  Apparently, this high level of permissiveness is culturally sanctioned based on the logic that children are expected to be taught how to hunt and use a gun from an early age. In other words, it’s American tradition. But even if there was an argument to be made for gun use in youth, under what logic would  that process begin at age 4 or 5? Children at that age are not even recommended to use a volcano making kit. But giving them a gun is ok?

At the 4 to 5 age range, logical thought is not well-developed and many children this age have difficulty distinguishing between make believe and reality. Most do not yet understand the concept of death. As such, children should be playing with blocks, stuffed animals, dolls, and 25-piece puzzles at this age, not .22 caliber guns.

The bottom line is that selling real guns specifically for use by children should be illegal. This is a significant child health issue and will require legislation to make it a reality.  The only way it will happen though is by contacting your legislators and state governor. While people can say that more children die playing sports than from a child using a gun, the only purpose of a gun is to cause damage or death, which is not the case for any sport.

3 steps physicians use to become an expert and avoid mediocrity 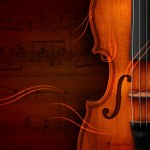 We are simply too busy to die

Giving a gun as a gift: How young is too young?
46 comments