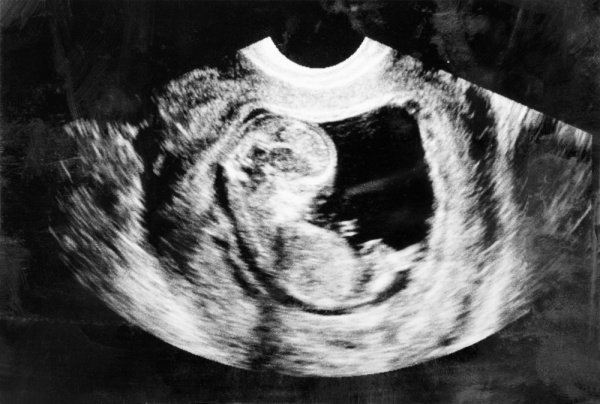 The use of ultrasound has had a large impact on health care in resource poor countries. This article details some of the research that has been done overseas to look at the impact on bedside ultrasound by caregivers to deliver more appropriate care for injured and ill patients in Africa, Asia and Mexico.

Using an ultrasound to determine how dehydrated a child is, whether an injured person requires surgery, whether a person who has collapsed has a blood clot or a punctured lung or fluid around their heart and treat those things appropriately is incredibly powerful and, after paying for the machine, costs nothing but the time to train practitioners.

It is possible to find some of the most interesting and cutting edge uses for ultrasound in the literature from developing countries because they have the equipment and, lacking CT scanners and x-ray machines, they have ample motivation to use it to its greatest advantage.

In India and China, however, which both need low cost alternatives for diagnosis and treatment, ultrasound use is regulated because of the common practice of using it to determine sex of the fetus and then to selectively abort female fetuses. In China, the one child law combined with a preference for male children has led to female feticide, along with laws to prohibit use of technology to determine the sex of the fetus before birth. Apparently the law is difficult to enforce and so sex specific feticide continues there.

In India conservative estimates of the number of female fetuses aborted was about 250,000 per year.  There are campaigns by the government to encourage valuing female children, but the economic and social reasons that the problem exists in the first place are at the very basis of the issue.

When a woman in India is married it is still traditional to offer the family of the groom a hefty dowry. There are laws against dowries but that doesn’t seem to have changed the practice much. Women also work at jobs which are less prestigious than men and earn lower wages. At marriage, a woman customarily moves to the home of her husband and is no longer available to take care of her own parents. So girl children are expensive.

It is much cheaper to get an obstetrical ultrasound in India than in the US, but still very expensive in comparison to overall cost of living. Getting an abortion is also relatively inexpensive, but costs money, which poor families actually don’t have. It is far less expensive to have the baby and abandon it or kill it, and female infanticide is also pretty common in India. An article in the Atlantic Monthly looked at this problem and some strategies to deal with it, such as safe places where babies can be left, no questions asked, for adoption or care.

General Electric Healthcare, the company that makes the tiny pocket ultrasound that I use, and also makes a full range of amazing ultrasound equipment, was severely criticized and was even in legal troubles regarding the perception that they were complicit in sex determination of fetuses. This file describes their experience. Apparently they are actively involved in trying to enforce Indian law and have, according to some of my contacts, been less willing to donate equipment in India, which they had done before. The manufacturers are legally responsible for how their equipment is used, per a 2004 change in the laws about prenatal sex discrimination.

It seems to me that the attempt to regulate use of ultrasound in order to reduce the abortion of female fetuses is doomed to complete failure. It is just too easy to do an ultrasound and see a fetus’s genitalia. An economically motivated family certainly can arrange to sneak into an ultrasound clinic and have a sympathetic technician figure out the sex of the baby inside. There are also genetic means for determining sex which are becoming easier and more affordable. Sex specific abortion, the actual procedure, is also illegal in India and China, and so a significant proportion of such abortions are done unsafely, risking the life of the mother.

Women who can’t afford an abortion often take pills or poisons to end their pregnancy, risking not only their own health but the health of their baby should it survive. Clearly most women understand these risks, legal and physical, and still attempt to terminate their pregnancies. Ending this practice will take significant social change, including abandoning dowry practices and improving the status of women in the workplace.

Should primary care limit its scope of work?

Female feticide: The ethical issues of ultrasound in India and China
21 comments