As a Swede, I know all about socialized medicine. I grew up with it and I learned my trade in it. I worked under budget constraints, treatment protocols and formularies in the late 70′s and early 80′s while American doctors were essentially practicing the way they wanted here.

I remember one of my surprises when I arrived in this country: I had learned in medical school that trimethoprim-sulfa was the drug of choice for urinary tract infections. Here, I was asked to consider what the bacteria looked like under the microscope and which antibiotics historically worked best for those bacteria. Even though the treatment choice was the same most of the time, I was encouraged to think it through for myself and not just follow convention.

In Sweden, I was often frustrated with the system telling me what to do. I felt curtailed in using the knowledge and skills I had acquired, and I admired the ability American doctors had to make independent clinical decisions based on their knowledge and experience, rather than some local government policy. Of course, since then, both the insurance companies and the federal government have stepped in and regulated many aspects of medical practice, so now I am back in the kind of waters where I once learned to swim. And I still remember how! It isn’t called socialized medicine here, but it amounts to almost the same thing from the doctor’s vantage point.

I am now trying to understand another “s” phrase – social marketing. So far, it looks like that one is much harder for me to get a handle on.

The other day I threw away a chance to make $150 in 10 minutes. I also put an unendorsed $10 check in its enclosed prepaid postage envelope. With a certain amount of satisfaction I placed the envelope in our mailbox at the bottom of our driveway on my way to work. “Make them pay 46 cents to learn about my rejection,” I thought to myself.

Both opportunities for easy money were surveys. The first one wanted me to list colleagues in my own specialty I trusted and might seek advice from regarding pain management for my patients, and the second one asked which specialists I usually asked for advice on certain topics.

I am used to getting surveys and throw away just about all of them. Occasionally I take the opportunity to voice my opinion in one of them if I happen to feel strongly about the topic. But these are a new breed of survey that has appeared very recently. This is part of the new age of social media.

Social media can provide a community of support for doctors, who otherwise risk being alone with the stresses and challenges of their work – that much I understand and respect. But the dark side of social media for doctors is when this becomes a channel for influencing doctors’ practice or prescription habits and for discouraging critical thinking.

Our university educations strived to make us independent thinkers, but social psychology teaches that we are easily swayed in our opinions by people we respect or sometimes just by a majority of those around us.

“Social marketing” to doctors uses existing social networks for commercial purposes. It is the pharmaceutical industry’s evolving strategy in response to doctors turning away “drug reps” from their offices and to the escalating costs of keeping a large sales force on the road. What they do instead is make doctors do the sales pitches for them.

Pharmaceutical companies analyze prescribing patterns, through data they buy legally, of all the physicians in their territory. They then survey doctors to find out who the medical community views as trusted and worth listening to – “thought leaders”. This knowledge is then used to focus the pharmaceutical companies’ marketing efforts.

Thought leaders, who aren’t high prescribers of the promoted drugs, are targeted with sales pitches to convince them to use the product more often, while socially well-connected high prescribers are showered with attention and positive feedback, sometimes with an invitation to speak to their peers, for a generous fee, about particular drugs. One primary care doctor not far from where I work made over $50,000 one year from such dinner presentations.

This system is said to create even more loyalty and generate even more business from the high prescribers themselves, something that may actually be more important than the business generated by converting their audience.

What this amounts to is creating peer pressure or inflating the ego of high prescribers instead of spreading information, and this is where my old-fashioned thinking gets me a little confused in today’s social climate.

Why would I listen to a doctor from the next town over with similar or less experience than I have when I am considering whether to start prescribing a new medication? I have listened to plenty of presentations by prominent experts, and I don’t even trust some of them to be objective and not put the drug companies’ interests before our patients’.

With all the world’s knowledge digitized, with UpToDate, the New England Journal of Medicine and the Lancet on our iPads, with Google Translate unlocking websites from all over the world, aren’t we obligated to use today’s technology and our educated minds to look directly to the primary sources of medical information instead of blindly following government edicts or the latest fad within our  peer groups? 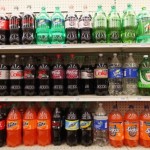 The dark side of social marketing to physicians
1 comments