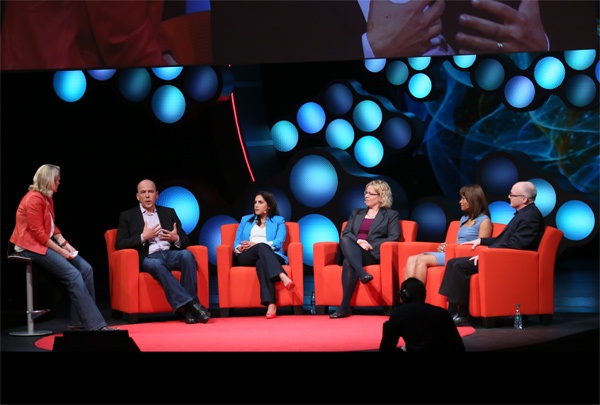 Day 3 of TEDMED 2013 kicked off with “Session X,” which was a special session focusing on innovation and entrepreneurship, and consisted of a spirited panel discussion of two hot topics. During the first half of the session, Marleece Barber, Jennifer Kurkoski, Rick Valencia, Geeta Nayyar and Jeff DeGraff participated in a discussion titled “Every Company is a Healthcare Company: Innovating From the Outside In,” which offered insights into integrating good healthcare practices at a basic level.

From Barber’s observation, “If we can put a man on the moon, why can’t we put rocket scientists’ butts on bicycles?” to Kurkoski’s thoughts on creating work environments that help employees make good choices, there was consensus that meaningful changes can be made without burdensome mandates on employees. As an example, Kurkoski pointed to Google’s efforts of making it easy to subconsciously choose fruit as a snack over candy at the company’s cafeterias. The second half of the session had Grant Verstandig, Giovanni Colella, Nina Nashif, Michael Weintraub and Juan Enriquez tackling the topic of “Shifting the Curve from Start to Scale to Exit: Lessons from the Trajectory of Innovation,” which offered observations of investors and experienced entrepreneurs on starting and maintaining companies from innovation to maturity. 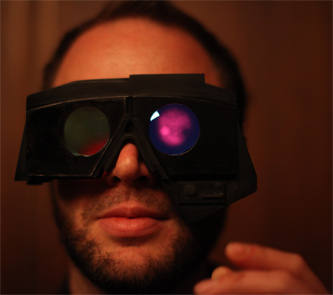 The next session, “Going Farther while Staying Closer,” opened with an innovative musical program by the Washington Conservatory. Susan Desmond-Hellmann, Chancellor of the University of California, San Francisco discussed her vision of patient centered healthcare. Roni Zeiger former Chief Health Strategist for Google and now CEO of Smart Patients, talked of creating systems that allow patients to collaborate in a more equal footing with physicians and the health care system. Ramesh Raskar of the MIT Media Lab demonstrated two of his projects that use capabilities of smartphones to measure vision and prescribe corrective lenses, as well as demonstrating fundoscopic examinations using a brand new approach. Christopher J.L. Murray, Director of the Institute for Health Metrics and Evaluation (IHME) at the University of Washington, shared his work collecting and providing data analysis tools for evaluating the global burden of disease. Larry Brilliant rounded off the session with a presentation on dealing with pandemics and the possibility of eliminating them altogether. 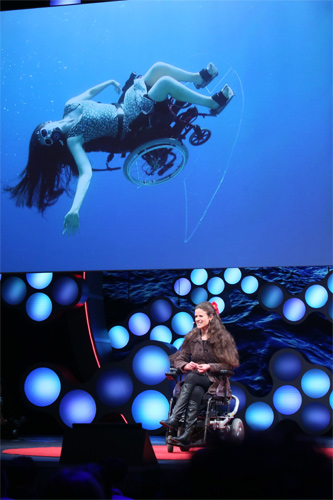 The third session, “Thinking Outside the (Check) Box,” included Sue Austin showing off her work as an artist performing underwater in her scuba wheelchair. She claimed to be, though she’s paralyzed in the legs, the most mobile person at TEDMED. Considering what she does underwater, that claim is not as outlandish as one might suspect. Jessica Richman presented uBiome, the world’s largest successful citizen science project and her vision that citizen science can be performed at the Nobel Prize level. As she stated, “We can put those anecdotes together in a structured way and create data, and that’s science!” Elazer Edelman discussed the perils of the explosion of knowledge and how this can actually limit the integration of disparate fields of work together. Following him, Ryan Panchadsaram shared his ideas for the uses of data visualization in public policy. Salvatore Iaconesi followed by describing how his community, both in person and online, helped him deal with his brain cancer diagnosis and say “Hey Cancer! You’re not all there is to me!” Finally, Andrew Solomon offered his ideas on the merging of illness, identity, and relationships, and his view that relationships of all types help us deal with illness. Take away: “I don’t subscribe to a subtractive model of love. I subscribe to an additive model of love.”

The final session of the day, an amazing and challenging session, “Welcoming Death Into Life,” dealt with end of life issues. From Charity Tillemann-Dick’s experience with pulmonary hypertension and lung transplants, including sharing her beautiful soprano voice coming from her third set of lungs, to John Kheir describing how the death of a child spurred him to create medical innovation, this session invited us to think about mortality with curiosity and even a bit of humorAmanda Bennett discussed how the medical system does a poor job helping patients avoid denial and the reality of death, and Kelli Swazey described how the practices of other cultures can help us find new ways of dealing with death. The centerpiece of the session was Michael Hebb’s “Death over Dinner” and how he thought of and created a new ritual that allows family and friends to discuss death in a new, innovative and non-threatening way.