The more I try to help people in this field of mine, the more I realize that it doesn’t take a village. It takes a huge industrialized city, all its wires and arteries humming with constant activity, just to try and make one woman better. In this case, one smiling woman in her 50s, ethnicity I couldn’t figure and of dubious relevance, who came to our clinic seeking advice about her asthma that we had treated before. The medicines were already at their maximum doses, and she wasn’t feeling much better. I perked up when the resident told me what sort of work she did. “She works at a towel factory.” A towel factory? Like something out of Dickens?

There’s a lot that’s Dickensian today: the grinding poverty; the squashed tenements and desperate immigrants; the jobs that you don’t want to think about too hard, like towel making. Mounds of dust, is what it involves (as we found out from talking to the patient), layers of dust everywhere, in a factory where the windows aren’t opened (“It gets too cold.”), no one wears their masks (“It feels like we’re choking.”), and, of course, the whole establishment is non-union.

I knew to ask these questions because I wrote a PhD thesis on workplace exacerbation of asthma. My methodological and topical interests have shifted, but my interest in workplace health has not changed. Only now I realize what’s required to improve this woman’s asthma: not just the team here in our Johns Hopkins residents’ clinic, but a second team, charged with a broader responsibility of making it possible for her, first, to wear a mask comfortably on the job, and even more fundamentally to be placed in a job which does not worsen her breathing. The medical team needs to meet up with the public health team. We doctors can only make that happen if we realize the possibilities and limits of our roles.

A different example of teamwork is in the hospital during a code. A code is done as a team, and every one on that team should fulfill their assigned role to the letter. Clear communication is vital to a good code. Patient safety experts know this.

But as often as the doctor has to play their role to the letter, they also have to know when to step outside it: to make a decision that has not been considered before. Perhaps the woman doesn’t have asthma after all, or the code is something that, given previous discussions, should never have been attempted. There are roles, and then there is our responsibility as individuals: the me in team.

As a researcher and clinician, I want to make my patients better and I believe in the value of empirical study. But as a doctor in relationship with his patients, I know that people never fit totally inside the algorithmic checkboxes we try and put them in. My book talks about that difficulty of squaring the individual circle. Just as we need to make sure we can find ourselves in the team, we need to let our patients be their own people inside the system of care.

Zackary Berger is a faculty member of the Johns Hopkins University School of Medicine, where he is an internist and researcher in general internal medicine.  He blogs at his self-titled site, Zackary Sholem Berger, and his book Talking to Your Doctor: A Patient’s Guide to Communication in the Exam Room and Beyond will be published in July.

Our medical education system does not tolerate emotional cracks 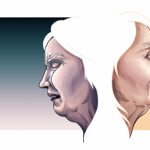