When I attended the Association of Health Care Journalists (AHCJ) conference in Boston recently, discussion swirled on the topics of unsustainable costs of care, doctors’ incentives under traditional payment models to order more tests and treatments, and the struggles of patients’ family members to avoid unwanted care at the end of life. That Sunday night, I was back at my day job (so to speak) in the cardiac intensive care unit (CCU), a place synonymous with the utmost care and where I first grew accustomed to difficult conversations about such topics.

I was chatting with some of the nurses during a lull in our work and the conversation turned to a patient several of us had cared for in the past. He was an 80-something, emaciated man with an irreversible lung condition who seemed on the verge of passing on for much of his hospital course. The medical team had spent hours talking to him and his family about how aggressive to be with his care. Consistently, he and his family that he should have it all – even when that meant a tracheostomy tube through a surgical hole in his neck to help him breathe, accompanied (necessarily) by a feeding tube that would directly enter his stomach. One morning a few days after the procedures, the patient awoke and began cursing in a loud whisper at anyone within earshot – why was this object in his throat, and this other one in his belly? Who would do this to him?

Though his doctors and nurses had been disappointed with the decisions, the patient and his family had made them through a standard process of informed consent. So what had gone wrong? Had this man truly understood what it would mean to live this way?

A nurse told me about another patient whose heart was failing and had eagerly come to Boston to be listed for transplant. She was told she’d need to have a wire placed in her neck to measure the pressures in her heart as she awaited a donor organ. But what she hadn’t realized, and quickly came to bemoan, was that she’d be tethered by that wire to a pole and would have to live within a four-foot radius for the weeks or months it might take to find a match. Had she known, she may not have signed up.

In recommending one course of action or another, doctors are saddled with our own biases, which tend to underestimate the quality of life of patients with chronic illnesses or disabilities. At the same time, we often err on the side of offering too many options, even when we worry that some will have poor outcomes (though here we walk a fine medicolegal line). We have a hard time helping patients understand the true experience of living or dying with these decisions: time is short, there is genuine uncertainty in how they might play out, we have few data to guide us (quality of life is an all too infrequently measured outcome in clinical trials), and we are often removed from those experiences by virtue of our limited time with patients and our relative good health.

That’s where decision aids come in – particularly the wonderful video aids that my MGH colleague Angelo Volandes has created to visually inform patients of their options. He has found in randomized controlled trials that the videos help patients make decisions that are in line with their values and, as a side benefit, decrease the use of invasive procedures and therefore cost.

As a recent article in JAMA Surgery argued, doctors must be trained, publicly rated, and reimbursed for our end of life discussions. I’m increasingly convinced that we also need to enlist the help of nurses, with their front line view of patients’ experiences, to realistically convey the repercussions of high impact medical decisions. And we need more of these stories told by journalists in vivid detail and with the utmost clinical accuracy.

In his heartfelt reflection on his mother’s final days of life, AHCJ board president Charles Ornstein wrote about his family’s difficult decision to withdraw care:

“We knew her end-of-life wishes: She had told my dad that she didn’t want to be artificially kept alive if she had no real chance of a meaningful recovery. But what was a real chance? What was a meaningful recovery? How did we know if the doctors and nurses were right? In all my reporting, I’d never realized how little the costs to the broader health care system matter to the family of a patient. When that patient was my mother, what mattered was that we had to live with whatever decision we made. And we wouldn’t get a chance to make it twice.”

We cannot truly share end of life decisions with patients and families unless we guide them through their consequences in a meaningful way. It’s even harder than it seems and it will take all hands on deck. 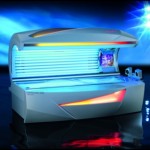 When I grow up, I want to be a drunk 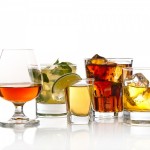