As a doctor, I am compelled to write because of what I know is occurring with alarming frequency in our country. Americans are skipping needed and recommended care that could save their lives and allow them to live to their fullest. Patients are more distracted, as life is more complicated and busier than ever. Households have both parents working, sometimes two jobs, just to make ends meet. They easily would make the right choice if someone would be willing to explain things in a simple, understandable manner. They would prefer a health care system that was so incredibly simple to use, convenient, and personalized that it would anticipate their needs so they could get the right care and get back to living life.

Instead, our health care system offers patients higher co-pays, deductibles, and out-of-pocket medical expenses. It shifts the burden of making the right choices to people who frankly are just getting by. It asks people to fend for themselves at a time when they need us, doctors, the most.

How do I know? Two things occurred that changed my life.

The first was when I joined the Permanente Medical Group in Northern California in 2000. It was obvious from my job interview that these doctors embraced technology far more quickly than where I had trained. A basic computer system provided lab results, prescription information, and prevention reminders to doctors well before surfing the web became part of our lexicon. Its new leader, Dr. Robert Pearl, dared the medical group to become the best in the nation in every aspect of care.

Over the past decade, the seven thousand doctors of TPMG have removed heart disease as the leading cause of death (which is still the case for the rest of the country), installed the world’s most advanced electronic medical records in all offices and hospitals, and have continued to refine how care is delivered. Though the country talks about e-mailing doctors, allowing patients to access their records online, and eliminating preventable medical errors, the 3.2 million patients under our care take these benefits for granted because they are living them and breathing them every day.

The future of American health care that is touted by policy experts already exists at TPMG, and working here has been one of the most rewarding experiences of my life.

Stunning gap, near misses, bad outcomes on the East coast

During the same time, however, I also was reminded how wide the gap was between the future and present day. My family lives on the East coast, 2,500 miles away from California, far from where I work. In 2000, my younger brother was diagnosed with a rare muscle cancer. He was scheduled to have it removed by a general surgeon. Due to the location and the diagnosis, a general surgeon was not the ideal choice. If the surgery was not done correctly, the recurrence rate for the cancer was 50 percent. We learned the night before his surgery that he should be seen and evaluated by an orthopedic oncologist, who could provide definitive and curative care. In the entire state of Connecticut, there are only two of these doctors, one at Yale and the other at the University of Connecticut. We canceled his surgery and had him evaluated at Yale. He has been cancer free ever since.

We avoided this mishap purely by luck. My brother simply wanted reassurance from his older brother the night before surgery that everything would be OK. Without his phone call, we would have never intervened and changed the course of his life forever, from cancer recurrence to being cancer free. I dismissed that near miss as an anomaly or the fault of a doctor who didn’t know better.

Instead, this one event became one of many humbling lessons.

A few years later my father required urgent eye surgery for a retinal detachment. An ophthalmologist would remove the blood in the eyeball that separated the retina, the part that “sees,” from the back of the eye. A small air bubble was inserted in the eyeball to hold the retina to its original place. Vision would be restored. My parents come from a generation where a doctor’s advice is taken very seriously. They write everything down.

My father’s job requires excellent vision. When it wasn’t improving after surgery, his doctor told him to be patient. Another surgery was performed.

Not any better. Finally, his eye doctor asked him about his sleeping position and if he read the book given to him after surgery.

Neither of my parents recalled ever receiving a book or the critical instruction of sleeping in a special position to allow the air bubble to correctly attach the retina. The retina did not attach correctly. In fact, the air bubble moved and tore the retina further.

As a result, my father’s business, his livelihood for years, which just had its best year, became just a shadow of its former self.

Rather than acknowledging the oversight, the doctor was adamant that he made no errors. Though he gave them a copy of a book afterwards, it was obviously too late. His lack of compassion or humility bothered me. With my father’s consent, I reviewed his medical chart. Did my parents simply make a mistake? His ophthalmologist, not surprisingly, wrote very little. Actually the progress note was a handwritten entry of four lines. There was nothing written in the chart about the instructions given to my father after surgery about how to sleep, or whether a book was reviewed or given to him after the procedure. As I’ve learned from my medical training, if it isn’t written in the chart, then it didn’t happen.

In other words, his doctor probably didn’t do what he thought he did. Though the bad outcome wasn’t life threatening—less-than-perfect vision—my father’s business consequently limped along. Ironically, it wasn’t even just his eye doctor’s lack of empathy that bothered me, but the poor result that occurred. In my practice, I periodically encounter patients with detached retinas, like my father did. I’ve referred them to my ophthalmology colleagues. I note that their vision has all been restored. Every single one.

It’s incredibly hard to believe that these mishaps can happen. Yet you know they happen. There are still stories about surgeries done on the wrong side of the body, and sometimes the wrong patient. News reports talk about mix-ups resulting in a patient having a total mastectomy for breast cancer, only to discover she never had breast cancer. Emotionally, however, you can’t believe that the doctor you know and trust could be the one doing it. Your heart doesn’t think it is true.

It isn’t necessarily that the doctor means to forget to recommend routine cancer screening or that he doesn’t adjust your high blood pressure or cholesterol medications to decrease your risk of heart attack or stroke. Doctors work diligently in an incredibly complex system comparable to environments associated with airline pilots, military aviators, and astronauts. Many don’t have the tools or even a basic computer system to help keep up. (If your doctor still opens up a paper chart, writes prescriptions in paper, or doesn’t accept e-mail as a valid form of communication, then you know what I mean.) Within the health care industry, doctors, hospitals, insurance companies, and employers, as well as patients, are working hard to fix it so everyone gets the right care every time, so that the stories I’ve shared don’t happen.

I also know that getting care is more complex now, as health insurance plans require you to pay more for each visit, prescription, and procedure, often up to thousands of dollars to cover a deductible. People are paying more than ever for medical care at the same time when just getting through life and attaining the American dream are becoming impossible.

Now you know why someone who hated English class feels compelled to write.

It is more than simply using Google to try and figure out your diagnosis.

It is about being informed and educated.

It’s about being smart and thoughtful.

And when you do know, then I know you’ll be just fine. Living life to the fullest. Saving money and time when you do need our help. As it relates to health care, please understand that:

You need to be informed and educated to get the best care.

Roger Ebert did not lose his battle with cancer 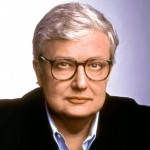 Patients who are in denial may be doing themselves harm

Why this doctor is compelled to write
3 comments