Traction and counter-traction: along with maintaining excellent exposure, that is one of the fundamental principles of operating. It’s Newtonian: equal and opposite. In nearly all forms of surgical dissection, there’s a need for some pull in the opposing direction: tissues that are a little stretched-out, that are under some tension, fall open more easily when dissected. Plus, it’s a form of stabilization, another obligatory component of safe and precise work. One of the great pleasures of operating is having an assistant who understands, so that actions are coordinated and balanced. Constantly in motion, it’s an ever-changing dance, as if we were tethered together by a silk cord, leaning slightly away, each move I initiate perfectly mirrored, keeping the cord perfectly taut, no matter where I choose to go. Ideally, it happens in a constant flow, with no words needed, part of the music of surgery well-done. In fact, when the orchestra is at full throat, my assistant knows where I’m headed and presents the field before I’ve finished moving. “Beautiful,” I say in appreciation.

In making the initial incision, I provide my own counter-traction; left hand pulling backward as I draw the knife forward in my right. In a very long incision, I move my left hand to another point, thumb and fingers arching astride the fresh gap, simultaneously pulling backward and spreading outward: three-dimensional traction. In deepening the wound, my assistant and I pull across from each other, often against a moistened sponge I’ve placed on either side of the incision just before starting, left hands pulling in exact balance (else you might miss the midline); the knife is in my right hand, a forceps might be in hers. When there’s an especially thick layer of fat, we put down our instruments, dig both hands over the edge of the wound, and pull hard against each other — sometimes gruntingly hard. Magically, the fat parts like the Yellow Sea (or was it…?), right and exactly to that desirable middle stripe.

I wish I were more ambidextrous: in a pinch, I can cut or sew with my left, but I’m much better with my right. Still, there’s a lot of subtle stuff to be done with the left, whether it’s holding a forceps to grab something I’m cutting, or doing some fine noodling: moving the fingers as if on a keyboard, to expose and apply tension to an area that I’m working with the other. Imagine being tasked to find a pea hidden within a bowl of pasta, given a tweezer in one hand and using the other to explore. You’d move your fingers this way and that, stroking and spreading, using your medial or ulnar fingers (remember the anatomic position?) to hold stuff away as you work your way around with your thumb and index fingers. Wouldn’t you? Can you imagine doing that in a fellow human-being?

Let me assure you: it’s stupefying! As is the recognition, while doing it, that I’ve acquired (and am allowed!) the touch, the ability to do it; to reach inside someone and with delicate motions of my fingers, to expose, to analyze by touch, to forge a way for my eyes to follow. Nor are these entirely unfamiliar acts: you’ve arranged flowers, sewn cloth, kneaded bread. You’ve twisted a screw, coiled a hose. You’ve bathed your baby, touched a lover. Your hands and your fingers are sensitive as mine, you’ve been guided by feel, you’ve closed your eyes and still known where you are; breathed in odors, heard intimate sounds of the body. The wonder is in the context.

The skin falls asunder from each side of my knife like red-robed palace guards, bowing and backing away, sweeping their arms in a curlicue of grace: “You may enter.” 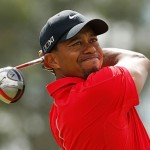 Increasing the role of nurse practitioners in the inpatient setting