A loyal reader sent me a doctor-written column with the provocative headline, “My Patient, Killed by The New York Times.”

First, keep in mind that the website that posted this, Mediaite, is all about the media covering (really fawning and dishing) itself. The purpose of this story, with its provocative headline, sad outcome, and mea culpa tone, is to generate “buzz.”

Then understand that this is a story of one patient who made an informed decision to forego PSA testing, based on the fact that he was an intelligent person without symptoms who’d read the literature (or at least responsible press coverage of said evidence). He did not want to open the Pandora’s Box (literally: crapshoot) that is PSA screening.

Yes, he wound up with advanced prostate cancer and subsequently died. Had he had his prostate removed or radiation to ablate his cancer, and wound up with horrible side effects (impotence, incontinence) would he value the trade-off?

I offer you the counter-anecdote of Ted, who in a discussion with me, insisted that he get a PSA test because his heroes Joe Torre and Norman Schwarzkopf told him to. When it came back at 4.10ng/dL (threshold 4.00), he went for biopsy (what else to do?) which showed low grade, gland-confined prostate cancer. Fearful of the “C” word, he couldn’t live with the idea of doing nothing (“watchful waiting”) about his cancer. So he chose external beam radiation, with the hope that it would be less damaging than radical surgery.

What is radiation proctitis? Is that when your rectum is severely burned as collateral damage by the radiation beam that’s targeting the prostate, and you wind up with rectal pain and bleeding for years? Why yes, it is. That’s in addition to the impotence and loss of bladder control that Ted experienced and had hoped to avoid by foregoing the surgical knife.

Or George, who dutifully came yearly for his digital rectal exam, got his PSA, and when his biopsy showed low grade prostate cancer, opted for surgery. At 64, he told me he’d have rather be dead than live wearing adult diapers his incontinence now thrust upon him.

PSA is a contentious issue. There will always be anecdotes showing that one approach or another is WRONG. The “retrospectoscope” is always 20/20.

But when an entire industry has evolved to profit off of “advanced” treatment for prostate cancer and innocent people are harmed in the process, I get angry.

I took an oath to do no harm. Treatment that causes more harm than the disease it’s designed to cure is tragic.

People will read this post and be outraged. So let me be clear: I’m not saying that no one should get a PSA to screen for prostate cancer. That genie has left the bottle decades ago. I’m saying that the medical and disease-mongering industries owe it to men to be more forthcoming about the risks, benefits, and alternatives to screening.

I try my hardest — and I’m countering years of public awareness campaigns. Just ask my Dad, who at not-quite 75 keeps getting the darn PSA year after year despite my advice to stop. “How can a test that detects cancer be harmful?” he always asks me. 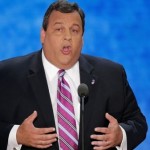