I have it on good authority that it’s not easy being green. But I’m willing to wager that it’s a whole lot easier when you have a lovable name like “Kermit.” Imagine being green (or brown) with a name like “Ramachandran”? Growing up with a name like mine certainly had its disadvantages. While most neighborhoods have a local bully who kicks ass and takes names, in my case, he would typically kick ass, but didn’t bother with the name part because he couldn’t pronounce it. Somehow I found that last part more insulting.

I’ve long since outgrown the sensitivities about my name (although I still make any telemarketer pronounce it properly before talking with them). For most patients and those with whom I only occasionally associate, I go by “Dr. Ram,” which works fine by me. But perhaps those early experiences left me with an impression about how people can be affected in positive ways by getting the pronunciation of their name right, or at least trying to get it right. As well as the negative ways in which people can be affected by getting the pronunciation wrong, or by not even bothering to try.

So I would like to direct a message to those care providers out there with easy to pronounce names, because this  is something that you probably don’t  know. Getting the pronunciation of somebody’s name correctly (or at least trying to) is important. These people often wave you through that initial awkward part of an encounter, simply because they’ve given up hope that people are going to get it right. They tell you it does not matter only because they have already spent too much time in trying to get the name pronounced properly, only to have it reduced to a few letters. They wave away the mispronunciations because they’ve learned to accept that no one is going to invest the few seconds that it will take to pronounce it correctly. But they do care, and make no mistake, it is very important to them. Not taking the time to learn the pronunciation of someone’s name sends a powerful message. It says “We don’t know you, you’re a stranger here” And doing it repeatedly says “I still don’t know you, and I’m too busy to bother to try”. The subconscious message that the patient takes from these encounters is “these people don’t know who I am”. Conversely, taking the time to try to learn the proper pronunciation of a name  says “I’m listening to you” and “I want to know who you are”.

So how would one implement this, and what if you’re terrible at pronunciation? Don’t worry, many names can be broken down phonetically. Let’s start with my name, looking at the entire name “ramachandran” can be intimidating. If you break it down into syllables; rama, chan, dran, it’s much easier. If you’re sounding it out right now, you probably got it right! Most people with long or difficult to pronounce names have a system to help people pronounce it properly, whether breaking it down, or using other words that rhyme with it. Keep in mind that no one expects you to roll your R’s like a you’ve been doing it your whole life, and your pronunciation doesn’t  have to be perfect, just close. Remember, the important part is that you’re taking the time to try, you’ll be appreciated just for that.

The next part, and probably the hardest for me, is remembering the pronunciation for the next time that you see patient. This can be especially tough since it may be several months before you see someone back in the office. I’ve found that the EHR can be helpful in this regard. I’ve begun using a system where I include the pronunciation in the HPI part of the history. For example, instead of typing “Mr. Villanueva is a 28 yo male,” I might type “Mr. Villanueva (villain-WAY-va) is a 28 yo male.” I would cut and paste this so that it is always in the most recent note. I’ve also added “pop-up” reminders so that whenever someone from our office opens the chart to call or otherwise interact with the patient, they are also aware of the proper pronunciation of the name.

I feel that instituting these changes lays the groundwork for better communication, improves trust and increases familiarity. In turn, and probably the most important point for medical providers, is that little changes like these can make a medical office truly feel like a medical home and can ultimately help improve compliance. In our increasingly multicultural society, I think that issues like this will take on greater and greater significance. It’s only a matter of time to where, if you want to kick ass as a medical provider, you better be able to get the names right.

Death by voluntary cessation of fluids and nutrition needs discussion 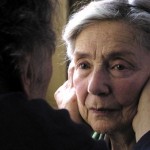 Is this the year Congress repeals the SGR?

Doctors: Pronounce the names of your patients correctly
11 comments