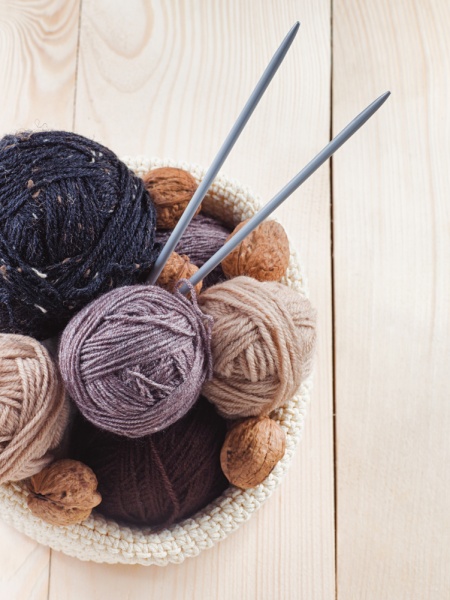 Starting work on a floor that prided itself on delivering comprehensive, efficient care, I studied the computer monitor describing patient lengths of stay, wondering why this woman had been here 25 times longer than the average patient – and counting. Was she sicker? Had she developed a particularly rare, intractable disease? Had there been unforeseen complications from her treatment?

As I entered her hospital room, I was surprised to see Ms. Jacob sitting cross-legged in a chair next to her bed, quietly and contentedly knitting a colorful shawl. She looked at me with jaundiced eyes and smiled politely, the whiteness of her teeth amplified by the darkness of her skin. I introduced myself as the medical student on the infectious disease service, and started to ask her a few questions. She did not speak. She simply nodded and continued knitting.

Ms. Jacob, an undocumented Haitian immigrant, had been living in the United States for years. But she spoke almost no English, and according to the Haitian nurse on the floor, did not speak Creole particularly well either. She had never seen a doctor before presenting to our hospital last year – feverish and coughing, lungs infected with Pneumocystis, esophagus burning with Candida. Ms. Jacob had advanced AIDS.

Fortunately, Ms. Jacob responded very well to antiretroviral medications: her viral load dropped, her white cell count jumped, and her symptoms waned. Within two months, she was stable enough to be discharged from the hospital to a lower level of care. But that’s when things got complicated.

Ms. Jacob had nowhere to go.

She was in the country illegally and could not be transferred to the HIV/AIDS nursing center down the road. In fact, because of her immigration status, no extended-care facility in the area would accept her. Nor could she be deported to Haiti. The attorney appointed to represent her argued that because her home country could not effectively provide the care she needed, Ms. Jacob must be allowed to remain in the United States.

And so, while doctors and lawyers and administrators discussed and argued and brainstormed, Ms. Jacob knit. She knit while the summer sun shone brightly through her hospital room window. She knit while the leaves turned autumn red and while the snow blanketed the trees. She knit while the flowers began to bloom in the spring. All the while, the hospital absorbed the cost of hundreds of thousands of dollars of uncompensated care – a cost many times greater than had she been transitioned to a more appropriate level of care.

“It’s a very strange situation,” a lawyer in the hospital’s legal department told me. “No one is quite sure what to do about it, but everyone knows she can’t spend the rest of her life in that hospital room.”

Personally, I rather enjoyed seeing Ms. Jacob every morning that month. Our language barrier prevented any meaningful conversation, but we did develop the mutual respect enjoyed by patient and caregiver. Each day I listened to her lungs, percussed her abdomen, and examined her fingernails. Each day, I observed her shawl collection grow ever larger.

But over the course of that month, a vague feeling of discomfort crept upon me. On the way to the hospital every morning, I walked by countless homeless individuals with hands outstretched for whatever change passersby might offer. It was then I was forced to confront the uncomfortable question of why my cup was always filled with hot coffee and their cups were always filled with stray coins.

Our society’s unwillingness to grapple with the issue of caring for undocumented immigrants had led to unsatisfactory outcomes for all parties involved: a poorer quality of life for Ms. Jacob; a needlessly occupied hospital bed that should have been used for patients with more acute health needs; massive costs incurred by the hospital and taxpayers; and the squandering of precious resources desperately needed in a community struggling with hunger and homelessness.

Surely, we can do better.

Dhruv Khullar is a medical student and a participant in the 2012 Costs of Care Essay Contest.

In defense of basic science: The need for translational research

The fine line between compassion and detachment