William would come to see me every three months for his COPD (chronic obstructive pulmonary disease). We would chat about his disease, his meds, and his grief. He had lost his wife a few years back, but after 52 years he found it very hard to be without her.

On one visit he said, “Doctor deMaine, can I tell you something – and promise you won’t think I’m crazy?”

“Well, my wife and I always had a favorite restaurant where we’d go for our dinner on Sundays. Let me tell you why I still go there. I wear my old tie and coat and sit in our favorite booth. And I swear that I see her. Her image is perfect, younger, and smiling. She looks beautiful. She doesn’t really communicate except with the smile – which seems to me to say that she’s waiting for me.”

Other patients related different views. A very sweet British lady told me on an office visit that she had been a widow now for six months.

“Of course”, she replied.

“How about marriage in Heaven?”

Trying to tie this together I said, “That’s wonderful. Perhaps you and your husband can spend eternity together.”

She paused, tilted her head, smiled and said, “Well, I might play the field a bit first!”

There are many views of the afterlife that vary from none to quite fanciful. Harvard theologian Huston Smith gave his views in the Ingersoll Lecture called Intimations of Immortality. He explored the existence of an afterlife and the influence of William James.  In his lecture he highlighted Swedenborg, the Swedish scientist and theologian. Swedenborg broke away from his Lutheran roots in the 1700’s and wrote extensively about the afterlife having great influence on the New England transcendentalists and many others.  Also, in Smith’s lecture, he discussed the near death experiences in Raymond Moody’s book “Life After Life.”  Theologians generally seem to struggle with what Heaven might really be like, but many less academic folks simply view it as a spiritual extension of this life joyfully meeting up with loved ones and those with shared interests.

Helen Keller with her blindness and deafness was, in those senses, cut off from the world. Yet she was a great student of the Bible and eventually became very influenced by Swedenborg’s writings.

Here was a faith [she says] that emphasized what I felt so keenly — the separateness between soul and body, between a realm I could picture as a whole and the chaos of fragmentary things and limited physical senses met at every turn … As I realized the meaning of what I read, my soul seemed to expand and gain confidence amid the difficulties which beset me …

The 1998 movie, What Dreams May Come, gives a vivid and possibly realistic picture of what heaven and hell could be like. The film has many parallels with Swedenborg’s book, “Heaven and Hell.” We are alive, active, useful, on the go and finding a home with those we love.

Mark Twain’s irreverent views on religion are highlighted in humorously poignant ways: “Go to Heaven for the climate; go to Hell for the company.”

Further, from Captain Stormfield’s Visit to Heaven, “Now you just remember this – heaven is as blissful and lovely as it can be; but it’s just the busiest place you ever heard of. There ain’t any idle people here after the first day. Singing hymns and waving palm branches through all eternity is pretty when you hear about it in the pulpit, but it’s as poor a way to put in valuable time as a body could contrive. It would just make a heaven of warbling ignoramuses, don’t you see?”

A formerly agnostic neurosurgeon, Eben Alexander III, published a rather astounding book, “Proof of Heaven.”  His experiences in the spiritual world while in a coma and near to death are certainly powerful and most difficult to explain away.  I’m sure though that some will remain unconvinced.  Perhaps true “proof” might trump free will, making us less human.

My education along these lines was when I attended Bryn Athyn College for two years. I was immersed in studies of Plato, Aristotle, and others right up though the age of enlightenment including Swedenborg. The emphasis was that there are two capabilities that make us uniquely human: freedom and rationality. We were charged to wisely apply learning to life – heady stuff for a 20 year old.

So does any of this carry over into medical practice? Since we are all in some sense spiritual beings as well as natural beings, it seems logical for a physician to deal with the whole person, particularly around the time of crisis or death. I’m not one who thinks a chosen few have the “inside path” or die easier than atheists. I had some confirmed non-believers in my care who died comfortably believing that “that was that.” They appeared to be good people who had led good lives.

But others want to talk, are afraid, or have regrets. All hospitals now have chaplains. Many ministers, rabbis, imams and priests make frequent hospital and nursing home visits. Doctors of course, need to respect all beliefs and understand boundaries. Although I loved having philosophical and religious discussions with patients, I always tried to approach it from their interest and comfort zone.

One pulmonologist in the area here would ask patients to pray with him before he did their procedure such as a bronchoscopy. Clearly this was inappropriate and boundaries were violated (his group let him go). Patients can, at times, cross boundaries but the “power differential” is much less. I had one very sweet lady who was so sad I wouldn’t make it to Heaven because I hadn’t been baptized in her faith!

Spiritual beliefs can be, and in my opinion should be, an important part of the conversation when we communicate our choices about end of life care and also as we are nearing the end of our lives. I encouraged my students, interns and residents to become comfortable with this and to not avoid exploring these areas. Healing and caring can occur on many levels.

Diagnosed with brain cancer: An insurer adds to the nightmare 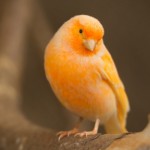 Should spiritual beliefs play a role in end of life care?
8 comments