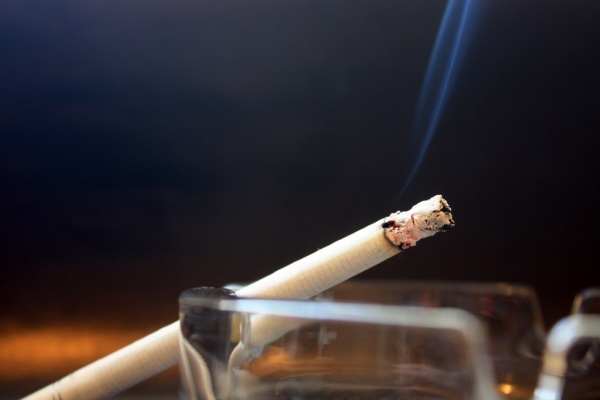 I knew he was sick when he told me he’d thrown out his cigarettes on account of how badly he felt.

Mr. P had gotten used to the breathlessness when he climbed stairs and the hacking, dry cough that followed him everywhere. What else could he expect after smoking three packs a day since he was six years old? But he had shown up in the emergency department earlier that afternoon, ended the decades-long standoff he’d held with the health care system, because whatever this was made him feel like he was about to die.

As it turned out, Mr. P had caught the flu on top of COPD, the chronic lung condition that is almost always caused by cigarette smoke. It was an all too common story.

Still the leading cause of preventable death worldwide, smoking has become hidden in the shadow of obesity in the line-up of America’s greatest public health ills. In Boston and increasingly around the country, we no longer find cigarettes in bars, restaurants, or hotels. The warning labels affixed to cigarette packs have gotten bigger and (prohibitively, you’d think) nastier.

It was easy for me to disregard cigarettes as our primary public health disaster until I began to confront its trail of ickiness every night in the hospital. Two large population studies published in the New England Journal of Medicine provide a sobering update on the perils of the habit.

Dr. Prabhat Jha of Toronto’s Center for Global Health Research and colleagues looked at surveys and records of nearly 200,000 Americans and found that current smokers were three times as likely to die of any cause than those who’d never smoked – most often from cancer, stroke, heart and lung disease, and other illnesses attributed to tobacco. Current smokers died ten years younger than their never-smoker counterparts. Dr. David Thun of the American Cancer Society and his colleagues found that women have caught up to men in rates of smoking-related deaths. The less grim take-away from both studies is that there’s still a huge benefit to quitting. In Jha’s study, adults who quit gained six to ten years of life compared to their counterparts who maintained the habit – the younger they quit, the larger their return in life-years.

So there’s hope yet for the 45 million or so Mr. P’s in our country. But we doctors need to do a better job of bringing home that message, especially when patients are at that point of throwing away their cigarettes because they feel just that sick. It’s all the more important as the smoking habit has shifted to the poor, the less educated, and those with mental illness. There’s good evidence that repeating the message has an incremental benefit each time. So I’m learning to push this agenda, whether I’m sitting across from a patient in a primary care office or in an emergency room in the middle of the night.

Preventive health in the hospital – who knew?

Expanding Medicaid and cost sharing: A recipe for disaster?

We need an evidence-based, randomized trial on gun control

Smoking has become hidden in the shadow of obesity
4 comments