Throughout the course of my career I have probably been with hundreds of people as they transitioned into and out of death. Although I am familiar with what this journey looks like, I have not yet been privy to the journey myself. Rarely though, I have had the pleasure of listening to someone who has journeyed back from death and arrived with a story to tell. Regardless of your position on the validity of near death experiences, take this one for what it’s worth to you.

Years ago when I was ripe and round with my third child, I was trudging through a late night shift in the ER when a “code” came in by EMS. The patient was a young man in maybe his late 30s, and when the paramedics came around the corner with him they were all sweating from the efforts of professional chest compressions and airway support. I remember that they had been unable to place a breathing tube during transport due to the amount of vomit in the man’s airway. I recall, that due to my gestational girth, that I had to squat like a sumo wrestler to be able to see into his throat myself, but was able to secure a stable airway as we continued CPR.

I was giving the orders, but our entire team was trying to figure out why he had died, and what we could do to resuscitate him. One of the paramedics stated that he thought that drugs were involved and that this was a potential overdose situation.
So I tried a few more medications on him and unexpectedly, we got a pulse!

After a “successful code” we always go through a very detailed examination of the patient to look for sign and hints of what has been and is going on. As we rolled this young man to examine his back, my charge nurse, Penny pulled a couple of narcotic patches off

“Here is our problem,” she said.

We all shook our heads with a type of disappointment; we had come to see this all too often in our community.

“This is too bad,” I sighed while examining his pupils. Nothing about his examination suggested that he would live. He had no visible signs of brain life. Nothing. He seemed to be just a body to me, with a beating heart. I wondered aloud if he could even be an organ donor.

No family ever arrived to check on him, to hear my prognosis that I had practiced in my head.

“I think his brain just went without oxygen too long. I am so sorry, but I don’t think he will pull through this. We did our best, and I assure you that he is not suffering.”

I sent him to the ICU and never heard anything about him again.

Again I was on a busy night shift and the place was bursting at the seams. I think the lobby was spilling over into the parking area and I was feeling quite stressed about how I alone was going to get to all of these people who needed my help. In the midst of carrying a pile of charts down a hallway of patients, my charge nurse Penny, said that something unusual had just occurred in triage. A young man walking with a cane came up to the triage nurse and asked if he could have a word with me.

She asked, “Do you have a problem that Dr. Murphy needs to see you for? If so sign in here,” she said, pointing to a pen and paper.

The man replied, “No, as a matter of fact, I do not have a problem, I just need to talk to her.”

My nurse replied rather shortly, “Well you just can’t show up here to chat with the doctor. See all of these people? She is very busy!”

In response, the man signed in to be seen and took a seat to wait his turn. On the chief complaint section, the paper read “something very important.”

I cannot recall how long he waited, but it should have been long enough to dissuade anyone with casual interests.

So, I will say hours later, I finally got to his chart and headed toward his room.

I had not even walking through the doorwhen this smiling gentleman, stood to greet me.

“Dr. Murphy, I see that you have had your baby girl! How is she?”

I stopped dead in my tracks, and an eerie uncomfortable sensation rushed over my skin. I didn’t know this man, had never seen him in my life (or so I thought) and he was speaking to me in very familiar terms about me and my 5 month old child.
I eyed him suspiciously. “Do I know you, sir?” I asked

He continued to smile but took a seat, a visible effort to ease my apprehension. “Yes, you know me, you just don’t remember me. 6 months ago you saved my life.I came here tonight to thank you personally, and to tell you my story.”

I sat on the stool in front of him and listened. As he talked, I relaxed further, feeling comfortable that he meant me no harm and was not a stalker or something.

He started by saying very matter-of-factly.

“I died and you brought me back to life in that room across the hall near the end of last year,” as he pointed toward the doorway and correctly toward our resuscitation room.

With great detail he began to report on the events of that evening.

“I had become addicted to pain killers because I struggled with a bad back. That night I had taken too many pills and had used some of my uncle’s pain patches … ”

He went on to explain how he somehow knew when he stopped breathing and then left “his body.” He recounted how he saw his girlfriend find him and then call 911 while she attempted to start CPR on him. He told me the words that she said and what the paramedics said and did on arrival to his home. He told me how he knew one of the paramedics and that she cried and struggled to do her job performing CPR on him while sobbing at the same time. He explained that he closely followed the events that were going on with “his body” and began to describe in accurate detail what had happened in the resuscitation room in the ER. He told me that we were dismayed that he had overdosed at such a young age. He stated that he watched as Penny, my charge nurse, rolled him over and pulled the two pain patches from his back and he heard her say “Here is our problem.” (Note: He did not state Penny’s name but called her that dark-haired charge nurse.) He recalled that I had talked about “whether he could even be an organ donor or not.”

“But, I came back into my body and I lived! And here I am today, but I am a changed man. I don’t take pain killers anymore. Now, this cane is my only medicine, it’s my only crutch,” he said, twirling his cane in the air, smilingly.

His story seemed to have come to an end, but after a brief pause he continued.

“But, I really only came here tonight to share two things with you.”

“First, when I was outside of my body, when I was dead … I saw something else. I saw that there was light coming from you and from your baby,” he was staring up at the corner of the room as if viewing the memory with a sense of wonder.

I stared at him in astonishment.

Then he turned to look directly at me, and with a deeply earnest expression said, “But, I really just wanted to thank you personally, face-to-face for helping to save my life, for being a part of giving me a second chance. I promise you Dr. Murphy that I will not waste it. There are things that happened to me when I was dead that I cannot tell you about, but I made a promise to use my life and my time differently.”

I sat quietly before him, without words. What could be said? It was as though he had taken on the role of the doctor and I was the patient. He spoke gently to me using expressions that I didn’t quite understand about some aspect of existence and being that I did not comprehend. But, I was grateful for his words.

That night this man gave me a gift. This gift was a deepened sense of appreciation for my own life, and for the gift of time itself. As a result, I became more keenly grateful for the lives of my children, my husband, my family and the opportunity we have all been given to experience this thing called life together.

All these years later if I could perchance meet up with this man again. This is what I would say to him.

“I am so grateful that you cared enough to seek me out to share your story. I have had many years to think about this and although I may have helped save your physical life that night. On more than one occasion you have helped save my spiritual life. Your story has always given me a second chance and I promise you that I will not waste it.” 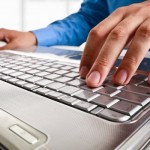 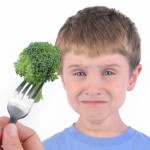