The numbness overwhelmed my immediate sense of dread throughout my body.  I was trembling inside, full of anguish and at the same time, unable to contain my seething anger over an uncontrollable destiny.  Just a few minutes ago, I turned off her life support system.  The series of beeps had slowed down, pace by pace, like the ritardando in a finale movement of a concerto.  It was the end of a life journey for her. I had given birth to her 9 years before.  The birth of an idea that started with a promise to myself that I could do better as a doctor.

To watch a 60-year-old beam with accomplishment for finally quitting smoking after 45 years was equally amazing as a 12-month old first learning to walk unassisted.  It was slow and incremental for sure, but it really stuck once their new habits became integrated with their old ones.  Through her, I learned to not pass judgement on others and I learned to forgive.

She was born into a world at a time when others no longer valued her ideals and thus, no longer valued her existence.  Unable to thrive in such a cold, hostile, unforgiving environment, she began to slowly wither.  A once vibrant soul now smothered by a system that valued production over quality.  A system failing to understand that human beings are not robots and widgets and that one cannot thrive merely if you meet a certain numerical threshold.  A system unable to respect human individuality and life experiences. A system that values quick fixes instead of meaningful, long-lasting healing.

In many ways, I hated myself for not being able to protect her.  For I had felt that I had brought her up in this world and I had somehow committed her to suffering and decay by coexisting with a sick system.  For many years, I thought I could save her from the system, but I could not change her world, no matter how hard I hoped.  It was not mine to control.

As time went on, she became sicker … infected by the same illness the system had brought on to her.  Through her, I began to lose the feeling of happiness in my work, my craft.  Through her, I became angry at the world. Through her, I began to lose hope. 6 months prior to that fateful day, I watched her as she was suffering in agony. All the misery had consumed her soul … and what was left of it, she knew that it could not last. And through her, I was beginning to learn the painful lesson of being able to let love go, to let it be. She reminded me that the idea of her never dies and like the phoenix riding from the ashes, ideas can always be reborn. Perhaps it wasn’t the right time, yet, but in the short time she was alive, life was truly a miracle.

In the last six months, I prepared for her death. Grief struck as my patients became saddened by the news. I mourned at the promise and the idea that was soon to be a swan song forever etched in my memories of what it once was. Nothing could prepare me for what was about to happen next, as the end came near. For it was like the hands of God … I had created, but I could destroy. I was frightful of what I was capable of. The vessel of fury and madness of what was incomprehensible … the good now gone … now filled with uncertainty.

The last gasps of her soul struggling one last time to survive. The repetitive beeps now no longer deafening to my ears, the beeps coalesce into a singular, iridescent hum fading into black. The promise of tomorrow, the torch of her once vibrant flame peeks through the window curtains beside me as her soul drifts away. Even as she goes, she continues to amaze me with her little miracles. She was real. She was my medical practice.

Michael Chen is a family physician who blogs at About Family Health.

6 tips for getting your doctor to listen to you 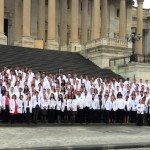 Mourning the death of my medical practice
92 comments