My membranes ruptured at 22 weeks during my pregnancy. It was the evening of July 5th, 2003. Two days later my first son was born and died. The task before me was bed rest and squeeze as many more days (hopefully weeks) out of the pregnancy as possible to save my other two sons. It was, to put it mildly, a very low time.

To pass the hours I read, slept, cried, and watched TV (this was a time before wireless Internet was widely available and smart phones didn’t exist). The hospital only had a few channels and so there were two things that didn’t make me want to put a stick in my eye: Law & Order and the Tour De France. Law & Order because there are so many freaking episodes and the Tour De France because in 2003 Lance Armstrong was going for what would be his fifth straight title. The coverage was unbelievable.

My perinatologist (high risk OB) was a Texan and a big Armstrong fan. He spent a lot of time in my room watching the Tour and giving me the back story on Armstrong. Obviously, the networks covered his amazing comeback from Stage 3 testicular cancer to potential 5 time Tour De France victor in detail.

I was riveted by the Tour. It started on July 5th, the day my tragedy started. I thought about Armstrong and, my God, if he could get through cancer and then climb those hills in France, then I could get through this. I could rally my body.

And so day after day I willed my body to stave off infection and day after day I watched the tour. Lance Armstrong won his amazing 5th straight title on July 27th and I was still pregnant. A victory for both of us.

I developed an infection a few days later and delivered my sons at 26 weeks on July 31rst. I don’t think the end of the Tour had anything to do with getting the infection, but I believe watching Armstrong for those twenty-two days helped me stave off boredom and also helped me think more positively. For that I am grateful.

I suspected he was doping. I have a few friends in cycling and had heard that the sport was rife with it. It didn’t really lessen the thrill because I suspected everyone else was doping too. He was competing against like. The real miracle for me was that Lance Armstrong came back from Stage 3 cancer to be a professional cyclist, not that he wore the yellow jersey more than any other man. It’s too bad he couldn’t see the victory in that.

When I tell my kids how I got through that dark time, I’ll tell them I was stubborn, I did everything the doctors recommended and more, and I thought positively. It’s all one can do when one is faced with death. I suspect that is how Lance beat cancer. I would have lied and cheated to save my son who died. I would have even walked down to the gates of Hell and made a deal with the Devil himself. I suspect Lance would have lied and cheated to get rid of his cancer. However, I wouldn’t lie and cheat for a job. I won’t lie to my kids. Those are thing that that separate us.

My kids know that I got through that terrible ordeal by grit and force of will. We talk about how to get through tough times. About how honesty and sense of self will get you places.

I wonder what Lance Armstrong tells his kids? 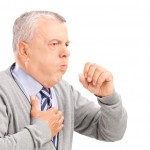 I wonder what Lance Armstrong tells his kids
1 comments