The first test tube baby was born July 25th, 1978 in the north of England.  Louise Brown was called the “baby of the century” by some and a “moral abomination” by others.  It wasn’t Brown who critics accused of being immoral, of course.  She was just a blameless infant.  Instead, it was her doctors who came under fire for their new fertility treatment—in vitro fertilization (or IVF).  Roman Catholic theologians characterized this treatment as “unnatural”.  Bioethicists fretted about the risk such treatments posed for mothers and children.

But all these critics of IVF missed the true immorality behind Louise Brown’s birth.  Brown’s doctors never told her mother that IVF was a brand new procedure!

The uproar at the time of Louise Brown’s birth was understandable.  This was a brand new way of having a baby after all.  The baby was not conceived inside Brown’s womb.  The unnaturalness of this procedure was scary for many people.  And the fact that the baby would begin in a test tube, an environment very different than inside a woman’s body, raised all kinds of understandable fears about what this would do to the developing fetus.  Within a decade, the medical facts about IVF relieved most people’s fears about the safety of the procedure.  IVF gained moral acceptance too, even from most practicing Roman Catholics.  (It has become a bit like birth control—accepted by the flock, pilloried by the shepherds.)  But with the death this year of Lesley Brown, Louise’s mother, I came to learn about the actual immorality surrounding the birth of the first test tube baby.  I discovered that Brown was never told that she was undergoing an experimental treatment.

As described recently in the New York Times Magazine , Brown’s gynecologist was a man named Patrick Steptoe.  Brown had come to him because her fallopian tubes were blocked, preventing her from becoming pregnant.  An earlier surgery had failed to unblock the tubes, but she was still hoping to find a way to have her own child.  Steptoe explained that Brown could still have a baby if she wanted to undergo what he called “an implant.”  She agreed to undergo the procedure without any awareness that the treatment was both experimental and unprecedented.

She decided to go ahead with the implant without any idea that the risks and benefits of the procedure were unknown to her and to her baby.

And of course she went along with Steptoe’s recommendation completely unaware that she and her baby (if the procedure worked!) would be thrust into the center of an international media maelstrom.

By 1977, when Brown and Steptoe (oh so briefly) discussed whether to proceed with the procedure, medical experts had already reached a consensus that physicians need to inform patients about the risks and benefits of treatments before making treatment choices.  Indeed, common sense and common decency would have demanded better disclosure of the novelty of this treatment.  It’s hard to fathom the level of … of arrogance? of ambition? … that would have blinded Steptoe to his moral duty to inform Brown about the enormous uncertainty surrounding the new procedure.

Indeed, medical practitioners had already become familiar with a series of atrocities at the hands of ambitious medical researchers.  I tell some of these stories in my book Critical Decisions, stories of physicians injecting unsuspecting patients with hepatitis viruses—and even cancer cells!—to learn more about the “natural history” of these diseases.  But many of these cases occurred decades earlier than Brown’s pregnancy, and when details of these cases came to light, medical practitioners were duly warned that they should not experiment in patients without their patients’ informed consent.

IVF was controversial in 1978 because it was a newfangled, high tech treatment: one that further separated procreation from the, um, procreative act, and one that hinted at a science fiction-like future where babies could be grown outside a mother’s womb.

Interesting to learn in retrospect that the real ethical breach surrounding the first test tube baby was a good old fashioned failure to achieve informed consent.

Filling out a death certificate: A better way is needed 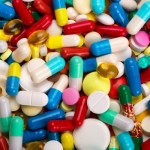