An excerpt from When Doctors Don’t Listen: How to Avoid Misdiagnoses and Unnecessary Tests

One Friday, Jerry got the scare of his life.

Jerry is a 48-year old mechanic who is in good health. His parents are healthy, and he recently got a “clean bill of health” during his annual check-up. Over the weekend, he helped his brother move across town. Monday morning, he woke with tightness in his chest. He described it as a “spasm” and thought that he might have pulled something while he was lifting the sleeper sofa. But someone in his neighborhood had a heart attack recently, and Jerry’s wife persuaded him to go to the ED to get it checked out.

A generation ago, Jerry’s family doctor would probably have told him that he had a muscle strain. He would have left with some Motrin and felt better. Not so on this particular day. The nurse who greeted Jerry noted his “chief complaint” of chest pain and quickly called over a tech who attached him to a cardiac monitor. He was given aspirin to chew on. He was brought to a treatment room where a young doctor came in and asked a series of questions about his chest pain while a second nurse drew several vials of blood and then sent him off for x-rays of his chest.

Hours passed. Finally, the doctor in charge, we’ll him Dr. M., came in and told Jerry that everything looked OK so far, but that he needed to stay overnight for some more tests.

Jerry didn’t want to stay. He had already missed his son’s lacrosse game; he didn’t want to miss his daughter’s choir performance too. Dr. M. told him that he could still be having a heart attack, and that sounded scary. So Jerry dutifully stayed the night. The next morning, he found out that he hadn’t had a heart attack. That was good news, but his ordeal wasn’t over yet. Dr. M. told him that they still could not be sure what was causing his chest pain or that there weren’t problems with his heart. “You should see your primary care doctor to follow-up on this,” Dr. M. cautioned. “He’ll probably want to order some more advanced tests.”

Jerry went home, far from reassured and more confused than ever. If he didn’t have a heart attack, what could it be? The discharge instructions just said that he had a diagnosis of “chest pain.” But isn’t that a symptom, not a diagnosis? His chest was still a little sore—it got worse after his kids pounced on him when he got home—should he be worried about this? Is it OK to keep working, what with crawling under all those cars? Is he going to be OK?

Doctors are taught to always think about the most dangerous things that our patients could have. Headache? Most likely it’s something benign, but we need to think about bleeding in the brain. Back pain? Probably it’s something chronic, but we always ask about emergencies of the spinal cord. Chest pain? Even in a patient who probably pulled a muscle, we do have to think about a ripping in the aorta and a heart attack.

It’s the nature of our profession to make sure that we assess for potentially life-threatening conditions. It should also be part of every doctor’s responsibility to provide our patients with a diagnosis. Too often, we focus exclusively on the “rule-out” of the bad diseases. When we find that our patients don’t have these scary diagnoses, we are relieved. We tell our patients that they don’t have something terrible, and for a second, they are relieved too. Then, they wonder what it is they actually have. It’s natural to want to know why you are feeling poorly and sought care to begin with! Not to mention that in order to treat a problem, it helps to figure out what the problem is. It should be just as important of part of what doctors do to tell patients what they DON’T have, but what they actually have.

What happens if the doctor isn’t sure? In many cases, there is no way to be 100% sure of a diagnosis. However, doctors always have a “most likely” diagnosis in mind, or a provisional–or what we call, working diagnosis. Patients should know what this diagnosis is. You have to make sure that you are involved in the thought process for narrowing down the list of all the possible diseases that could cause your symptoms to the one or two working diagnoses. Make sure you understand why certain diseases were “ruled out”, but also what it is that you most likely have. Before you leave your doctor’s office, always make sure that you know your diagnosis.

Don’t stop there. Ask about what you can expect to happen given this diagnosis. Will you start feeling better immediately? In a day or two? Do the symptoms ever go away? What can you do to alleviate your symptoms? What are the side effects of the treatments? What happens if you don’t take the treatment–are there other alternatives? When should you followup again, and what are some things to watch out for in the meantime?

In Jerry’s case, think about how differently he would have felt if Dr. M. had involved him in the decision-making from the beginning. His symptoms starting after the moving and feeling like “spasms” and based on history alone, he could have been diagnosed with muscular strain. Instead of being frightened about the risk of a heart attack, Jerry could have been involved in the decision-making from the get-go and could have avoided an overnight stay and thousands of dollars of tests. He could have been told that the pain could worsen in the next 24-48 hours, but that it was safe to resume work and exercise. He could take motrin to help with the pain, to followup with his regular doctor in a week if symptoms persist, and to come back to the ER for specific warning signs such as crushing chest pain and trouble breathing. If he had been given a diagnosis followed by these explicit instructions for treatment, Jerry would have gone home sooner, happier, and far more reassured.

Doctors: patients come to you to feel better. Let’s make sure that even in the busy, often uncertain and unfortunately litigious environment of modern medicine, we strive to figure out not just how to rule out the bad stuff, but to provide patients the answer of what is actually causing their problems.

Patients: medical care should be a partnership between you and your doctor. You must be involved in your care every step of the way, starting with the fundamental step of being integrally involved in your diagnosis.

This book is for our patients, to help to empower you to better care. This is help you take control of your health, to make sure that you get the best care possible and avoid misdiagnoses and unnecessary tests. 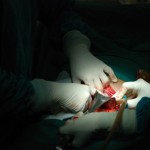 Sending your child to the chiropractor: Be very careful 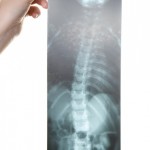 What happens if the doctor isn’t sure?
1 comments