Christmas morning at 1:30 am the phone chimes away. What the … I’m not on call.

Why are they calling me, I’m not on call. Dr. Young is. Maybe something’s happened and they can’t find him.

So, I called. It was just as reported. There was a fifty year old female with abdominal pain for three days, hypotension and a CT Scan that revealed free intraperitoneal air and fluid. She was intubated and on pressors, maintaining a blood pressure of around 100 systolic. Dr. Young had been paged three hours before and had not called back.

I know Dr. Young very well. He is recently out of residency, very conscientious and a very good surgeon. The only reason he would not respond is if he was in the OR at another hospital or was incapacitated for some reason. I tried to call him myself, but he did not answer.

I called the ER back.

“Did you try to call another surgeon or transfer the patient to another facility?”

I lay in bed for about three minutes and then called back the ER.

The patient was just as presented. Intubated, BP 100/50 on neosynephrine infusion (not my first choice), alert, however, with a diffusely tender abdomen and CT scan which suggested perforated colon. I’d called the OR crew in before I left my home and they were arriving at that moment and setting up the room. She was ready to go to surgery within thirty minutes of my arrival. As we were wheeling her to the OR, Dr. Young appeared. It seems he had been on call for the last four days and had been up each night with similar life threatening emergencies. He had put his phone down and fell asleep and had not heard it ring as he had left it in the bathroom. As soon as he saw the message he called and came in to the hospital. I told him that I’d take care of Selma and that he should get some rest. He thanked me and we proceeded to surgery.

Selma had suffered a perforated colon due to diverticulitis and had fecal peritonitis. She was treated with colon resection and colostomy, has recovered and now is home.

This case was a bit disturbing. The fact that the call doctor could not be reached was one issue. However, it is an unfortunate fact that doctors are actually human. I find no fault with Dr. Young. Suppose Dr. Young had been in an accident, was unavailable and it was not possible for him to even call the ER to inform them? What about the other surgeons? What doctor who calls himself a surgeon would allow a patient to die just because “I’m not on call.”

This patient was uninsured. I suspect this fact may have played a role in some of the decision making. It is almost impossible to transfer a patient who has no resources. It is possible that those surgeons at other hospitals did not believe she was stable for transfer, but if there is no alternative, is there a choice?

My greatest disappointment is with the two other surgeons who had privileges at local hospital and refused to come to see the patient. It is one of the facts of the general surgeon’s life that sick people are inconvenient. Until our government can legislate that people only become ill between the hours of 8:30 am and 5:00pm, and only Monday through Friday and not on holidays, there will be calls at any and all hours. Could any doctor let a patient die when it is within their power to prevent it?

The following morning, after the surgery, I talked about the case with my wife. She said she wasn’t surprised I went in to the hospital. She was surprised that so many other surgeons refused. I commented that I would have sat up all night worrying about the patient, and, rather than worry, it was best to take care of her.

Behind the exam room door: It will be astonishing to me

ACP: Medicine up in the air inflates patient expectations 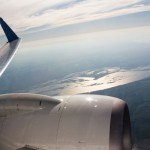 You’re still a doctor, even if you’re not on call
35 comments