As far back as I can remember, I’ve deliberately spent my life on the high road. I was the seventh-grader who was told by adults that she was very serious. I was the college student who majored in chemistry because it was the strongest premed major. I became a doctor.

Before becoming a doctor, I imagined that I would be the epitome of compassion. I envisioned pausing for a moment before I saw each patient to pray for that person and to ask for wisdom. During my last two years of medical school, I enjoyed hanging out with my patients, just listening to their stories. I was the one who made a special trip to buy a book that I thought might encourage a patient. I was the one who sat by a women wrapped in the pain of metastatic malignant melanoma as she moaned, “They shoot sick dogs, don’t they? Why can’t they do that for sick people too?”

During the first month of my internship at St. Louis’s Barnes Hospital, when I was on call every other night in the cardiac intensive care unit–always answering alarms, never getting any sleep–I stopped to listen to a young woman mourn her broken heart before I left the hospital, thirty hours after I’d arrived.

Then I walked the three blocks to my red-brick apartment building, through midsummer heat and humidity so thick that I felt I was cutting through a warm, sodden blanket.

I took the rickety elevator to the sixth floor and my one-bedroom apartment, replete with worn, brown furniture and unpacked boxes, cried and collapsed into bed.

While on call one night, I was paged out of sleep by a nurse saying that a patient’s blood sugar was thirty-eight (the normal range: seventy to 130). I jumped out of bed and ran down the stairs to find several nurses standing around, seemingly doing nothing.

“Will someone get me an amp of D50?” I yelled, using the medical shorthand for injectable sugar water. “This patient is losing brain cells!”

Leaving the patient’s room, I thought, I wish that just once someone wanted to give me something and didn’t want anything from me.

A few weeks later, walking home from the hospital one Sunday at noon, I thought, Wow, I have a half-day off! What should I do with all this time?

Immediately, an inner voice said, That’s really sick. Most people have two days off every week, not a measly half-day off every month.

Soon my main goal each day was to get my work done and leave the hospital. The best clinic day was when all my patients were no-shows; the best on-call night was a “no-hitter” (no admissions).

I became the one who laughed when a patient complained about my wooden clogs’ clatter on the linoleum late at night, and the one who dreaded morning rounds when many of my patients were elderly and awaiting placement. As I neared their rooms, I felt my energy drain away: I hadn’t been able to fix these patients, and I hadn’t connected with them as persons, so rounds and notes felt like an endless, vain repetition.

I became the one who didn’t check a last test measuring the blood-clotting speed of a woman we were treating with heparin (a blood thinner); I was in a hurry to go to a senior resident’s party.

The patient died. She likely would have died even if I had checked the test, but I have never forgotten that choice.

I became the one who was too tired to walk across the hospital to see my favorite clinic patient after she’d been admitted. When I finally made the effort, I met her daughter coming the other way.

“Yeah, well, Momma kept saying, ‘I wish my doctor was here. I just wish she would come by.’ ”

Her words felt like a slap in the face–one that I knew I deserved. There was nothing I could do except to say, yet again, “I’m sorry.”
I became the one who during my rare free time became furious when the stoplight turned red in front of my beige Audi Fox–the one I’d almost adorned with the license plate “Foxy MD.” I didn’t do it, maybe because it seemed too flirtatious, too bubbleheaded.

Being human, as the writer Tobias Wolff notes, means being “subject to all manner of doubt and weakness and foolish wanting.” I was the one whose foolish wanting became: no red lights.

Reflecting on my residency from a safe vantage point, thirty years later, I realize that it was in response to the unrelenting demands of internship that I’d quickly acquired a self-protective shell. This is not to say that I became so callous that I totally lost the caring in health care. But the instances I recount became more common than I like to admit–and are still so vivid and disturbing that I’ve never forgotten them.

I started peeling the shell away during my second year of residency, when I began to have a little free time–time to breathe, and to re-create. I tried to help my interns, so that they would not feel that everyone was demanding something from them without giving anything back. I developed close relationships with some of my clinic patients.

But I didn’t understand the depth of the damage I’d suffered until one night during my fellowship, as I was reading Lane A. Gerber’s book Married to Their Careers: Career and Family Dilemmas in Doctors’ Lives. The book revived so many unsettling memories that I couldn’t sleep.

As distressing as these memories are, I’ve also received unexpected confirmation that even as my residency progressed I was beginning to recover my sense of compassion.

Six years ago, for instance, a former patient contacted me by email. During my senior residency year, she’d been admitted to our medical intensive care unit with sepsis of unknown cause. Younger than I, she nearly died from what I later realized was toxic shock syndrome. The illness left her frail, timid and afraid.

In her message, she wrote: “I could tell…you truly cared about people. Believe me…a lot of people…didn’t give a whit about me or anyone else.” She reminded me that I’d given her a plant with a sign on which I’d written in calligraphy, “Lisa, keep on growing.” The plant subsequently died, but she’d kept the sign.

I’m still capable of relapse. When demands pile up and old frustrations surface, I still have my moments of foolish wanting. I feel its tug most strongly when my life has no margin, no breathing room.

I recognize the signs and symptoms earlier than I did before. I also recognize that seemingly small connections with patients refresh and revitalize me.

And that recognition helps me move beyond the red lights.

Loreen Herwaldt is an internal medicine physician.  This piece was originally published in Pulse — voices from the heart of medicine, and is reprinted with permission.

Vaccines: Those who forget history are doomed to repeat it 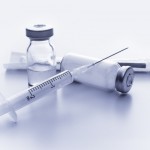 Seemingly small connections with patients refresh and revitalize me
5 comments