Recently, my middle school daughter has been learning about the use of the scientific method in science class.  In her school laboratory, she and the other sixth graders learn how to ask a question, perform background research, formulate a hypothesis, design and execute an experiment to test the hypothesis, and ultimately synthesize conclusions.  She is being taught to accurately record and interpret data;  the concept of manipulating data to suit one’s own needs is not even a plausible option for her and her classmates.  In the Wall Street Journal, many of us read about the unethical and sloppy science conducted by Medtronic, Inc and independent physicians on their payroll.  Medtronic produced data relating to a specific bone growth product used in spine surgery called Infuse.

In a report released by the Senate Finance Committee, it appears that Medtronic was closely involved in the writing of medical journal articles touting the efficacy of the Infuse product.  The physicians responsible for the work were paid millions of dollars by Medtronic to conduct the study.  The Finance Committee released information that suggested that Medtronic had ignored data that suggested significant side effects from Infuse and instead published only the data that suggested that the Infuse product was superior to other alternative treatments.  Outraged, Senate Finance Committee Chairman Max Baucus (D., Mont.) was quoted as saying “Medtronic’s actions violate the trust patients have in their medical care.”

Medicine relies on novel research to evolve and produce new and better therapies for treating patients.  Scientists who ask important questions and then design clinical trials or bench research projects to answer these questions are the most important aspect of the advancement of scientific knowledge.  Were it not for visionaries such as Alexander Fleming (penicillin), Watson and Crick (structure of DNA), and many others, many current life saving therapies would be unavailable today.  These early discoveries most likely did produce fame but did not always produce large personal financial rewards.  In the US today, research and development is costly but may lead to big leaps forward in the way in which we treat patients.  When industry is able to produce a new product with superior efficacy, minimal side effects, and better outcomes it can mean billions of dollars in profits.  Today, big industry and medical researchers are intimately linked.  Industry plays a very large role in funding medical research.  Certainly, physician scientists are a key part of the research process.  However, no matter how noble the intentions of industry may be, the bottom line is the company must answer to shareholders and ultimately produce a profit.  The mix of science and profit generation can create temptation and moral dilemmas. Guidelines and codes of conduct must be in place and strictly enforced, otherwise more sloppy science will produce products that may not perform as billed.

Certainly, Medtronic is not alone in the production of questionable study results.  Many of us remember the controversy surrounding cancer researcher Dr. Anil Potti formerly of Duke University Medical Center.  Dr. Potti, who is now no longer practicing medicine, falsified results and published hundreds of papers that were considered to be groundbreaking science in the genomics and oncology literature.  Numerous Potti authored articles have since been retracted from the medical literature and the Duke University School of Medicine as well as many other prestigious institutions have revamped their medical research oversight processes and procedures.

The Institute of Medicine has made recommendations for oversight in order to ensure that there are no more incidents of fraud like seen in the Potti case.   In the Lancet, a new global effort to prevent fraud and promote research integrity has been announced.  The Global network of Science Academies and the Interacademy Council has created a report that “defines the global standards of behavior that reflect the universal values of research”.  These are important steps to ensuring the research will continue to produce new and promising results that are accurately reported–even if the results do not support the use of a new product or technology.

Research and development is critical to the advancement of medical science.  Unfortunately, situations like those currently being uncovered at Medtronic and the Dr. Potti story continue to occur.  The poor choices and unethical behavior by a few have now called into question both the financial and scientific relationships between investigators and industry.  Federal funding for research from the NIH and other agencies has become severely limited due to the current economic environment in our country.  Relationships between the private sector and scientists at prestigious academic institutions are necessary now more than ever in order to fund important medical research and provide cures and improved outcomes for once incurable diseases.

However, we must strive to protect the integrity of the work that is done.  As a medical and scientific community we must begin to regulate medical research and ensure its scientific validity and reproducibility.  Medtronic and others who have committed similar missteps should be ashamed for putting profit ahead of patients.  Medical research is a noble and often time consuming endeavor.  Maybe industry executives should spend a day or to in my daughter’s sixth grade science class in order to be reminded of the purity and sanctity of the scientific method.  Learning how to ask important, relevant questions and reporting results accurately (not altering data to meet your own predetermined outcome) is the key to producing new life changing discoveries for our patients.  Patients depend on innovation.  Innovation in medicine is the key to finding future cures. 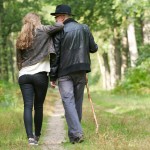 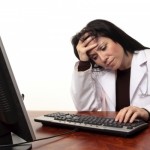 Regulate medical research so that it can help patients
5 comments