My heart began pounding as I listened to the sound of the dial tone in my ear. After three rings a woman answered groggily and uncertainly, “H-hello?”

“Mrs. Peterson?” I asked. My voice trembled slightly. It was 2 a.m., and I’d awakened her from what I imagined had been a troubled sleep.

“This is Dr. Lickerman. I’m calling from the hospital.” I paused. “I’m calling about your husband.”

There was silence. Then a breathless, “Yes?”

“Mrs. Peterson, I’m the resident on call taking care of your husband. Your husband—your husband’s suffered a complication. You know the heart attack he came in for was very serious. A large part of his heart had stopped working. Well, Mrs. Peterson, I just don’t know how to say this to you but…your husband passed away tonight. We tried everything we could to save him but there was just too much damage to his heart. It just couldn’t keep pumping blood. I’m … so sorry. I don’t know how—I’m just really sorry. I wish I weren’t telling you this over the phone …”

A few more minutes of silence passed, and I realized she was crying. “I understand,” she said finally. “Thank you.” Then she asked, “What do I do now?”

Relief coursed through me. “There’s a hospital administrator on the line—”

“—he’s going to explain everything you need to do.” I paused. “Mrs. Peterson, I am just so sorry…”

“Thank you,” she said quietly. When I hung up I found my hands were literally shaking.

I was a first year resident, and this was the first time I’d ever had to tell a family member a loved one had died. It had happened in the middle of the night so I’d had no choice but to deliver the news over the phone. Not only that, but because I was covering for another resident and had only met Mr. Peterson (not his real name) that night after his heart had stopped and I’d been called to try to resuscitate him, his wife ended up hearing the news of his death from a total stranger. It was an experience I will never forget.

In the years since then, I’ve had to deliver that kind of news to families a score of times and bad news of a slightly lesser magnitude hundreds of times. In all honesty—and contrary to the popular saying—it has in fact become easier, partly because I’ve learned to do it better, I think, and partly because the more you do anything the less it stirs up the emotion that initially accompanied it. What follows is the approach I’ve developed over the years to deliver bad news in the most compassionate manner possible.

Finally, follow up.Whether by phone or in person, I always talk with the person again within a week. Often, the person will have made surprising progress in coming to terms with the news that’s been delivered. The human mind has a remarkable capacity to adjust to tragedy, and in fact I believe begins to cope with bad news the moment it’s delivered. Many people agree that the wait for bad news is almost worse than actually receiving it. At least once you receive it—even if it’s the worst you feared—you can begin to take action to deal with it.

The importance of caring

All of us will receive bad news—devastating news—in the course of our lives, if we haven’t already. Studies have shown patients and their families remember the way bad news is delivered—the exact words doctors use, how they looked, and whether they seemed to sincerely care—for the rest of their lives.

Which is why every time I’m about to enter a patient’s exam room to deliver bad news myself I pause and remember Mrs. Peterson, a woman I’ve never seen or heard from since, but whose life I irrevocably changed in the middle of the night while she lay at home in bed without her husband next to her—as she would from that point forward—all those years ago.

Are you a thrifty patient? How to get the care you need and save money 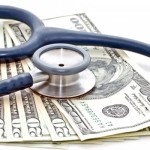 How to deliver bad news to patients: 9 tips to do it better
11 comments