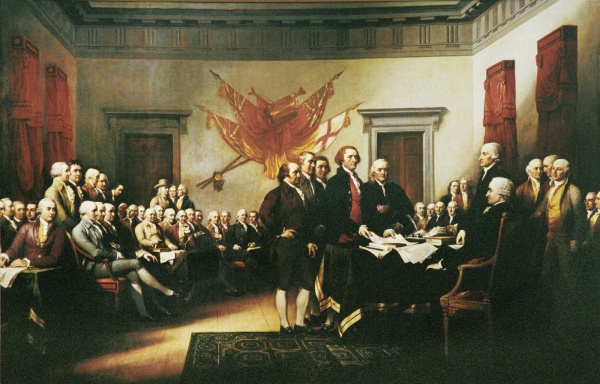 I haven’t give much thought about gun control, but since the horrific unspeakable tragedy which occurred in Sandy Hook, Connecticut where 20 children and 6 adults were killed, I like many others are. Increasingly, crime scenes are now including movie theaters, malls, and schools, places where people escape reality, find gifts, goods or services for themselves, loved ones, or friends, and where the next generation of pupils learn.

This trend must stop.

For me, this tragedy is far more personal. I used to live not too far from the  picturesque quintessential New England town, Newtown. My children are roughly the same age as those children lost. The medical students I mentor aren’t much younger than the teachers killed.

As a practicing doctor, I believe that this event will forever change the way the country views gun control. It is becoming a public health issue. As doctors, we pledge to do no harm. We want to educate our patients about the importance of vaccinations, issues around inactivity and obesity, and other habits to promote good health. Increasingly in this new era of health care, we as doctors need to lead change, particularly in this case if our politicians are unwilling or incapable of doing so.

We should join others who share our concern and be equally optimistic that change can occur.

In fact, change is what founded our country.

Not too long ago, as a family we visited Independence Hall and the Liberty Bell in Philadelphia. History came alive. For the Founding Fathers, the Declaration of Independence in July 1776, was what we would consider today as a press release.  After much deliberation and debate, they needed to disseminate their reasons the public.  A declaration was printed and distributed among the colonists. There is no way they could have understood the impact or implications of this declaration or how that simply document is now revered by the our nation hundreds of years later.

Thirteen years later in 1789, representatives from the thirteen colonies met again. Having independently functioning colonies with different laws, regulation, currencies, and others, made it difficult to have a cohesive policy or direction for the new nation.  For many days, representatives passionately argued polarizing points of view. This was at a time when a significant number of people were enslaved and many others could not vote simply as a consequence of her gender. Issues of equal representation needed to be solved. How could they ensure that each colony was respected equally and yet also allow those with a larger population to be given more say? These like many other issues appeared to be unsolvable. At times an impasse seemed imminent.

Yet one thing our Founding Fathers did far better than we do today is that they listened. They listened deeply and intently. They respected the other side. They could still disagree. They compromised.

It was in that environment, they created an unprecedented form of government with three branches: the executive, legislative, and judicial branch. They created the US Constitution which opens with the following:

We the People of the United States, in Order to form a more perfect Union, establish Justice, insure domestic Tranquility, provide for the common defence, promote the general Welfare, and secure the Blessings of Liberty to ourselves and our Posterity, do ordain and establish this Constitution for the United States of America.

Understanding that they could not foresee the future, they created a mechanism of amendments to the Constitution, allowing the new nation to evolve to become a more perfect Union. No one got everything he wanted.

And yet, this grand experiment we take for granted was formed.

Our Founding Fathers overcame their differences. They understood that the United States was and continues to be a work in progress in the aspiration goal to form a more perfect Union. So we should be optimistic that as a nation we too can solve our problems. To do so we need to appreciate the following:

Our technology, our news media and the use of the internet which allows access to information rapidly and quickly, also decreases our ability to listen. We unconsciously search and seek out information and news outlets that reinforce our own point of view (confirmation bias). We don’t listen to the other side.

In other words, we really need to listen and actively seek other points of view. When we disagree, we should not see it as a character flaw but as a valid respected but different opinion.

We need to be confident that we too as society can solve this dilemma. We should not give our Founding Fathers supernatural powers and the vision of seeing the future over 200 years ago. Although each extraordinary individuals, they accomplished far more together than individually. I take solace that we can and will succeed from two individuals, former Apple CEO Steve Jobs and Harvard Business School Professor Amy Edmondson.

When you grow up, you tend to get told that the world is the way it is and your life is just to live your life inside the world, try not to bash into the walls too much, try to have a nice family, have fun, save a little money. That’s a very limited life. Life can be much broader, once you discover one simple fact, and that is that everything around you that you call life was made up by people that were no smarter than you. And you can change it, you can influence it, you can build your own things that other people can use. Once you learn that, you’ll never be the same again.

If Steve Jobs was the Founding Father of Apple, then his words to current CEO Tim Cook on how to succeed him should be taken seriously – “[Jobs] goes, ‘I never want you to ask what I would have done,’” recalls Cook. “‘Just do what’s right.’ He was very clear.”

Professor Edmondson in her book, Teaming: How Organizations Learn, Innovate, and Compete in the Knowledge Economy, she notes, “Organizations must learn by teaming.”

While I don’t know if the organizational structure and the relationship between the Congress and the White House allows for teaming, Edmondson demonstrates in times of crisis organizations have the opportunity to be their absolute best if they listen intently and leaders integrate the often disparate points of view.

But of course avoiding future tragedies is more than the regulation of guns. As Edmondson points out, for success we need different points of view. The issue of mental health and the lack of adequate resources and support for those in need are concerning.

Which brings me to another person I have great respect for New Yorker and best selling author Harvard surgeon Dr. Atul Gawande. His response on twitter says it all. To decrease the likelihood of future tragedies, we must have a comprehensive response. The third item, fix the mental health infrastructure, is equally important.

Sadly as a society, there still is a stigma around mental health and mental illness. I see it everyday in my practice. Patients who are depressed have real illness. People who don’t have a loved one suffering from this don’t appreciate this. We don’t talk about mental illness like we do like cancer, which decades ago people also didn’t discuss. Those with even more complex mental illness like personality disorder, bipolar disorder, and schizophrenia are at even higher risk to have problems and not integrate well with society.

Sadly, there still a perception that people with mental illness should “snap out of it”. Yet no one would tell a patient with cancer to tell their body to snap out of its illness or blame them for the problem.

Until mental illness has the visibility in our country the same way breast cancer, heart disease, and many others do with public awareness and an openness and supportive environment by the public, we will not succeed. As doctors, had there been an outbreak of pertussis in a community impacting lives, we would begin looking deeper and seeing how widespread the issue was. This unthinkable tragedy also deserves our scrutiny, understanding, and persistence in solving the problem the best we possibly can.

As a nation, we can continue to move forward towards a more perfect Union.  When we listen, we can compromise and come up with better ideas than if we label and disrespect others. We can continue to honor traditional values and respect the Second Amendment “A well regulated Militia, being necessary to the security of a free State, the right of the people to keep and bear Arms, shall not be infringed” as well as appreciate the reality that our Founding Fathers could have never envisioned speed and deadly accuracy of guns available today.

They knew they could not foresee the future. They could not have anticipated the Civil Rights movement, the sufferage movement, or all of the other amendments our country has added over the past two hundred and more years. They did however appreciate that our nation was a work in progress.

Protecting our children and others from gun violence and helping others who are afflicted with mental illness is becoming the responsibility of doctors and the nation. Different groups of people united for common purpose.

Let’s promise ourselves to do everything in our power in our sphere of influence and advance our country forward towards a more perfect Union. Together.

My heart and prayers go out to all of the loved ones affected by this tragedy. More than ever, we each have a responsibility to move our nation forward. Together.

The transition from resident to attending physician