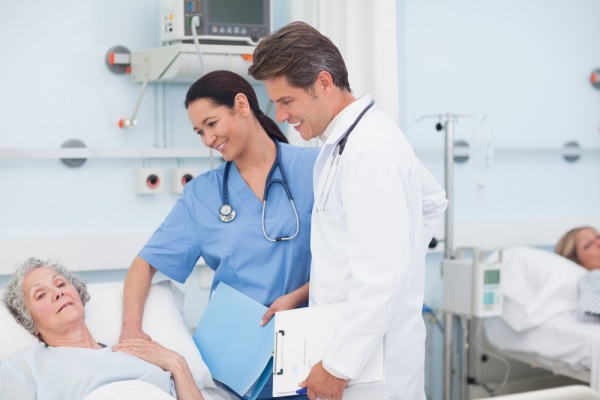 In my hospital’s preoperative area, upright on her bed, sat an unhappy middle-aged lady who needed an operation to treat complications from her previous bariatric surgery.  She hadn’t lost weight and clearly was feeling discouraged about practically everything.  She was physically uncomfortable, couldn’t even keep down her own saliva because her lower esophagus was obstructed, and was in tears.

As her anesthesiologist, I came to evaluate her prior to surgery.  In fairly short order, I got her a tissue and a warm blanket, listened to her tale of woe, and finished my pre-anesthetic examination.  Nothing special.  At the end, she said,  “You’re so nice.  Were you a nurse before you were a doctor?”

No, I told her, I wasn’t.  Never a nurse; always a doctor.  She looked surprised.

And that little narrative may help to explain why we (physicians as a group) are having so much trouble with public relations, and  with the onslaught and success of mid-level caregivers who want to practice medicine without a license.  Their PR is better than ours because their PR task is easier:  patients already think mid-level health care personnel, especially nurses, are basically nicer and more sympathetic than we are.

Just look at the recent coverage of Hurricane Sandy.  News reporters on radio, TV, print, and online repeatedly and justly praised the heroic efforts that nurses made during the evacuation of patients from dark, flooded hospitals, and showed photos and video clips of nurses hand-ventilating premature infants.  But not once did I hear a mention of the attending physicians and residents who were no doubt working right alongside the nurses, let alone the respiratory therapists, orderlies, and all the other personnel.  Nurses got all the credit in the public’s view.

Anesthesiologists and nurse anesthetists represent perhaps the most visible part of the physician/mid-level conflict, but other physicians are at risk as well.  The American Academy of Family Physicians (AAFP) has recently made public its opinion that nurse practitioners shouldn’t run medical homes, but the Affordable Care Act supports independent practice for nurse practitioners–including admitting privileges to hospitals–just as it supports independent practice for nurse anesthetists.

The latest unbelievable turn of events is Medicare’s decision in favor of nurse anesthetists practicing interventional pain medicine without physician supervision.  Just so we’re clear, this means that a nurse anesthetist with no special qualification other than Medicare’s blessing can bill Medicare for performing invasive pain management procedures that physicians ordinarily train to do with four years of medical school, at least four years of residency, and a fellowship.  These are procedures so risky that my hospital wouldn’t consider me qualified to do them despite my MD degree and anesthesiology residency, because I haven’t taken advanced training in interventional pain management.

What are we going to do to turn around this public perception that doctors are curt, mean, and unsympathetic? And that nurses are always better, kinder, and maybe even smarter?  And can do everything doctors can do, just as well?

Some physicians believe that patients’ opinion of physicians can only be changed one encounter at a time.  I hope this patient thinks better of physicians after meeting me, though the next encounter she has with a physician who hasn’t quite enough time and patience could certainly reverse her attitude.

Maybe, however, we need to take a cue from Madison Avenue and market ourselves better.  The image and the brand are everything today.  And many Americans, while they pay lip service to valuing education, hate to acknowledge that some people know more than others because they have studied harder and longer.  Physicians are perceived as elitist; nurses as nurturing.  The stereotypical TV physician is still an old white guy who’s probably a Republican, while nurses come from all ethnic groups and their unions support Democrats.  Let’s face it: in this dichotomy, nurses are “cooler” and certainly easier to like.

So we need to change the brand.  We don’t need to pretend that “Gray’s Anatomy” has done us any favors. Although the young doctors on that TV show certainly are a diverse group, their behavior isn’t what most of us would view as professional.  But somehow, physicians need to demonstrate these truths to the public:

We are becoming as diverse as many other professions in America today, by gender, ethnicity, or any other measure.

The standard Wednesday afternoon off for the doctor to play golf ended sometime in the 1950s.

We do care about our patients.  Often we wish we had more time to listen, but other patients need our time too.

We worked hard to gain the extensive education we have, and we take pride in using it to care for our patients.

Until Americans become convinced of these facts about their physicians, and like us just as much as they like nurses, we have more work to do.

I want to be there when that cancer freight train hits