I am starting a prize-linked smoking cessation program for my medical practice. Like most family docs, I constantly remind my smokers about the risks of tobacco and my ability to help them quit when ready. And like most physicians I probably have a false belief that pestering “enough” will spur action. As an unofficial student of economics and official student of public health (MPH), I should know better.

Sure, I have helped many patients stop smoking in my young career. However, I’m not really confident that my constant chirping is effective in initiating a cessation attempt that wouldn’t have occurred otherwise. Society is now fully aware of the harms of smoking (because of jerks like me) and are somewhat familiar with possible medical aids for quitting. For most people action usually requires tangible incentives – and near immediate rewards in our fast-paced society. A 37% risk-reduction in a cardiovascular event over the next 10 years sounds great to me, but it’s not that powerful in a person who holds their breath each week awaiting Powerball numbers.

While the debate about provider-based payment for performance continues, some have suggested it makes more sense to pay patients for performance. Interest in payment for performance of patients (PP4P or P4P4P) is not entirely new. Most PP4P programs in the U.S. have been employer-based and showed modest success. Overall, PP4P smoking cessation research has been limited but failed to show significant impact on behavior.

Dr. Kevin Volpp is a pioneer in this field. He and others have called for more pilot programs to evaluate the effectiveness of PP4P. With a system financially stretched as-is, the next question is, who pays? Employers interested in wellness (and health care costs) have been the most active promoters of such programs. Some employers have already began to offer “prizes” of paying less for health insurance premiums if certain wellness goals are met (seems more like poking the carrot in your eye), but not many have given cash rewards for behavior change.

Potential moral hazards for PP4P do exist and were discussed in a 2010 New York Times piece. Concerns of coercion, bias and liberty are all legitimate when such programs are administered by large, powerful parties. Would voluntary PP4P provider-based (funded and directed) programs be less objectionable and possibly more effective? I believe so but wasn’t able to find any such programs in existence.

After listening to a Freakonomics podcast about the novel concept of prize-linked savings accounts, I was inspired to implement a prize-linked health promotion program in my new family practice. Prizes don’t need to be guaranteed to promote behavior change. In fact, a small chance of winning something “big” is often more influential than a smaller, guaranteed reward. In economics this is called the peanuts effect. I want to create a win-win health program for my patients, much like a prized-link savings account participants.

Starting next week I am going to offer any daily-smoker patient a chance to win a crisp $100 bill if they can 100% refrain from using tobacco products for a period of 6 months –  calling the program Cash for Quitters. During their initial counseling visit, I am having each participant sign a Zero Tobacco contract approximately 1 month before the quit date.  In addition to providing personal cessation counseling and pharmaceutical support, I am enrolling each patient in our state program KanQuit. At 3 and 6 months post quit date the patient will return to sign a zero tobacco pledge and submit a urine sample for tobacco testing. If all requirements are met, each patient will be entered into a drawing next fall for the prize. I will likely repeat the contest in the future with a bigger prize as my practice grows.

Is it rational for the potential of $100 to influence a patient to quit smoking? No, but it doesn’t have to be rational to work. Furthermore, my constant chirping is getting old (even to me) and I’m going to put my money where my mouth is.

Wasn’t it Adam Smith that said, “It’s all about the Benjamins, baby?”

W. Ryan Neuhofel is a family physician who practices at NeuCare Family Medicine.

To the patients who resent greedy doctors 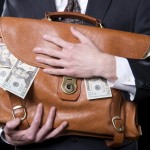 Will Medicare as we know it persist or will it change?