1. A 40-year-old female sees her family physician for burning chest pain after she eats hot peppers. She had it only once while exercising. Her family physician sends her to the emergency department and she gets admitted for chest pain. Rather than going home with treatment for her GERD, she ends up dead. This never should have happened, but the family never learns what really killed her.

2. A 33-year-old father of 3 dies on a hospice ward, bloated with steroids, on tube feeds with a tracheostomy. He was stricken down too young, his family is told, by a rare form of brain cancer. It was an unlucky fluke, they are told, but that is not the only reason.

3. A 7-year-old boy dies in the Pediatric ICU. His family is stunned, shocked and devastated. How could this have happened? The family is told he died from an ingrown toe-nail infection that spread to his blood stream and caused a severe form of sepsis. “It could happen to any of us.” They do not know that the breeding of this superbug was fed by a nameless killer.

4. A 16-year-old girl is on a CT scan table nervously giggling. Fifteen minutes later, she goes into cardiac arrest. A short time later, a solemn nurse informs her family that the patient has died from an allergic reaction. But her cause of death is something more insidious.

Each of these patients had a different doctor, but a similar contaminant. Much like a baseball slugger whose home run swing at a 100 mph fastball is thwarted when a camera flash from his biggest fan causes him to blink; the doctors were thrown off of their game. The culprit: defensive medicine.

In each case presented, the doctor had a very rational fear of being sued for either making a mistake or even for doing everything right. During the last moment in the rapid-fire decision-making process, each doctor had a “flash in the eye.” In each case, the result was a swing and a miss. Over and over, and over again in hospital wards, emergency departments, operating rooms, and doctors’ offices in America doctors are being told they must rule out every possibility or be sued. The ones who suffer are the patients, often tragically so. Why? Rather than trusting their instincts, the treating physicians are instead asking themselves, “What could a medical malpractice attorney possibly say I should have done?” While this may seem like a dangerous way to practice medicine, often the doctors have very little choice but to do so.  Consider the stories behind the cases presented above:

Case 1. Susan, the 40-year-old stay-at-home mom, never wanted to go to the hospital. She just wanted something for her heartburn. Neither her family doctor, the emergency physician, nor the cardiologist really thought she was having a heart attack. In fact, they knew that a heart attack was an unlikely possibility. But an unlikely possibility still makes the heart attack possible. So each doctor, in succession, decided just not to take a chance. If Susan just happened to have a heart attack, the medical malpractice attorney could easily have persuaded a jury that Susan’s chest pain was misdiagnosed. To prevent such accusations, Susan went to the hospital, got admitted for “non-specific” EKG changes, had an “equivocal” stress test, and then had a coronary catheterization which perforated one of the arteries in her heart and killed her.

Case 2. Jack the 33-year-old dentist and father of three, fell and bumped his head when he was 13. He “felt a little funny” but he never lost consciousness. He had a normal neurologic exam. He had no confusion, nausea or vomiting. The ER doctor ordered a CT scan. The radiation damaged the DNA in Jack’s brain and 20 years later the mutated DNA developed into an untreatable glioma. Why did the doctor order the CT scan? He had a very rational fear of being sued. If Jack the 13-year-old was one of the small percentage of children who suffered bleeding inside the brain from his head injury, a medical malpractice attorney would easily be able to persuade a jury that the ER doctor was negligent for not performing a CT scan of Jack’s head. The ER doctor was told he should not practice medicine out of fear, but he had a colleague that was viciously attacked in a medical malpractice case where he did everything he was supposed to do, yet his colleague lost a multimillion dollar judgment. The doctor was afraid.

Case 3. Billy the 7-year-old boy had sore throat. His doctor checked him for strep. The screen and culture were negative. Just at that moment, the doctor hesitates. He remembers a colleague and friend who did not give antibiotics to a young girl with a sore throat and a negative strep test. The girl was one of a few patients who develop strep despite a negative screen. The patient’s pharyngitis worsened and she developed post-strep rheumatic fever. She had rare and terrible complications. Her doctor had done everything right, but there was a long and painful lawsuit. The lawyers argued that if he suspected strep he should have started antibiotics. Shockingly, and unjustly, this doctor lost the case. The little girl’s outcome was just so sad and unfortunate that the jury felt they “had to give the family something.” He recalls that his doctor friend was left financially and emotionally devastated.  Billy’s doctor decides not to risk the same fate and prescribes Billy an antibiotic.  The antibiotic does nothing for Billy’s viral pharyngitis, but it does kill off his healthy bacterial flora and allows overgrowth of antibiotic resistant organisms, which infect his ingrown toe nail, causing cellulitis, bacteremia, sepsis, and death.

Diagnosis: Sepsis due to multiple drug-resistant organisms
Cause of death: Defensive medicine

Case 4. Julie the 16-year-old cheerleader died from an anaphylactic reaction to CT contrast, from a CT scan she didn’t need. From his clinical experience treating thousands of patients, the doctor knew in his gut that Julie didn’t have appendicitis. He knew that her elevated WBC count and increase in bands doesn’t always mean there is a serious bacterial infection, because he’s seen hundreds of patients with similar presentations whose pain goes away the following day. Everything else about Julie screamed, “No appendicitis!” The doctor was using his clinical judgment as he was taught to do. But he second guessed himself and thought, “A jury of non-medical people would never understand that.” So the doctor ordered the CT scan so that he would be able to defend himself if he was later sued. The voice in his head tells him, “I know she doesn’t have appendicitis, but with a white count of 14? Right lower quadrant pain? The lawyers would have a field day with that.” Like one of Pavlov’s dogs, he did what he was trained to do, not by his physician teachers, not by his medical textbooks, but by lawsuit verdicts.

Diagnosis: Enteritis and anaphylactic reaction to intravenous dye
Cause of death: Defensive medicine

None of the death certificates in these cases list “Fear of Being Sued” as the cause of death. Yet in each case, defensive medicine was a contributing cause to the patient’s deaths. The effect of our medical tort system has upon doctors’ thought processes afflicts patients like any other disease. Defensive medicine doesn’t just cost our society a lot of money. It can also cost our patients their lives. However, the adverse clinical effects of defensive medicine often go unnoticed or unreported. They are not tracked by the CDC. They do not generate the heart wrenching sympathy and funding to fight “Breast Cancer” or “AIDS”. If anything, the media encourages doctors to practice defensive medicine by publishing stories about patients with obscure presentations of diseases who die because doctors “just didn’t do enough.”

Attorneys may argue that “defensive medicine” is irrelevant, that it is good for patients, or that it is proof that our legal system pressures doctors to be more “careful”. Apparently, some doctors seem to agree. Dr. Sanjay Gupta wrote an editorial very recently seeming to imply that, that doctors just need to “be reminded that more is not always better,” as if doctors can and should simply swat away thoughts of lawsuit avoidance like an annoying fly on their shoulder. Dr. Gupta’s article appears to imply that doctors are at fault for trying to avoid lawsuits and that doctors are violating their oath to “do no harm” by ordering more tests to avoid lawsuits. His logic is tragically wrong.

Most laypeople just don’t know what it’s like to get sued for simply doing their job (let alone making a mistake) or how much a constant threat of being sued will change one’s behavior. The average grocery bagger doesn’t have to contemplate a year’s long trial and eventual 6 million dollar lawsuit if they bag a customer’s eggs on the bottom of the bag. I am certain that if they did, they would change their grocery-bagging practice patterns in a way that no lecture from their store manager could reverse. A school teacher does not have to obsess about spending years in court, with his name and reputation on the line for a lesson plan that had an unexpectedly poor outcome. If they did, they would certainly alter their teaching practices to avoid being sued again.

Most laypeople also do not appreciate how pervasive, omnipresent and ingrained lawsuit avoidance has become in the mind of the American physician. Doctors are expected to be “more careful” when they are in doubt, because if they do less, and a bad outcome occurs, they may be legally liable. Few family members ask if a doctor did “too much” after a family member has died during medical treatment.

As long as “defensive medicine” and “tort reform” remain a tug-of-war between doctors and lawyers, patients will continue having adverse consequences and no meaningful change will occur. Doctors will always feel there are being persecuted for “just doing their job” and feel forced to protect themselves legally in the only ways they know how … by doing “more”. Attorneys will likely always feel that the cases they are pursuing all represent the negligence of dangerous doctors who didn’t do enough. This tug of war is tired, old and unproductive.

Our medical malpractice system has clouded the judgment of many physicians and it needs to be fixed for the health of our patients. When we encourage doctors to just “snap out of it” and “stop worrying about being sued” how should we instruct them to avoid being sued for multiple millions of dollars? Until the answer to this question involves something other than “defensive medicine,” over-testing, overtreatment, and overmedication will persist and the cause of death on many death certificates will continue to be inaccurate.

A reminder of medicine's main purpose

The AAFP picks a fight with nurse practitioners 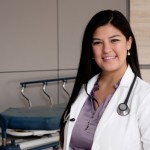 Cause of death: Defensive medicine
11 comments