While new doctors in Europe “enjoy” 50 to 60 hour work weeks, doctors in the US work up to 80 hours a week, and sometimes beyond that. But the situation is changing.

One year has passed since new limits on the number of hours doctors can work in their first job. For first year physicians, shifts are limited to 16 hours, and in other years, the limit is 28 hours.

There has been much debate about these changes, but four simple questions can tell us all we need to know about work hours.

What’s best for patients? An article last year in the New York Times Magazine argued that sleep deprived doctors are ok. The author, a physician, studied the science of work hours. He found that limiting hours to 80 a week didn’t make much of a difference for patients.

Calling this research “science” however is a bit of a stretch. Studying work hours is a crude estimate that tries to see if things were better or worse around 2003, when the rules last changed. You might think that a lot of things happened in 2003, and you’d be right. It’s hard to know the effect of work hours among all that.

The truth is, we have no idea what length workday leads to the best patient outcomes, and won’t any time soon. Plus, there is a double standard here. People who want work hour reform are criticized for not showing that fewer is better, but those who want the status quo, never showed it was best in the first place.

Finally, there are the unintended consequences of long shifts. For instance, many smart, caring people are turned away from medicine by the hours. In short, doing what is best for patients cannot guide us when it comes to work hours.

How many hours must a doctor work in order to learn medicine? Surely, it depends on what the doctor is doing during those hours. A day in the life of an intern might surprise you. The sheer number of hours spent performing mindless tasks — like calling radiology to schedule a patient for a CT scan — something which should take only a moment, but after the third time getting a busy signal, a misplaced transfer, may eat up twenty minutes or more. Even a job as simple as “ask the nurse to take out the bladder catheter,” ends with an intern struggling to find the order in the computer order entry. Is it under “remove-foley?” “bladder catheter-discontinue,” or “all lines and tubes–remove foley”?

Not to mention that learning medicine comes from two places. Of course, you have to see patients, but you also have to read. Reading articles is vital to being a good doctor. But who has the time?

Do long shifts affect those working them? Yes, and by nearly all measures, adversely. Working more than 24 hours has been shown to double the odds of having a motor vehicle crash on the drive home from work. Doctors who work 24 hour shifts every fourth of fifth night perform as if their blood alcohol level was 0.05%. Lastly, working long shifts makes you more like to stick yourself when working with needles, an anxiety provoking experience that I would not wish upon my worst enemy.

The interesting thing about finding a place to work after medical school is that it is administered by a central agency — the match. The match allows you only to submit a list of preferences, and then pairs you with the highest program on your list that also wanted you.

Not surprisingly, the match has been accused of keeping salaries low and hours high. As nearly all physician residency spots are allocated through this system, it has been sued for violating anti-trust (or monopoly) laws. The lawsuit likely would have been successful, and was dismissed only because a special act of Congress exempted the match from this litigation.

For these reasons, work hour reform is not an experiment to be studied and dissected, but a moral imperative to be embraced and expanded.

Helpful things to say to someone who's sick 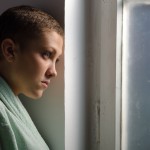 Will physicians be caught in the ACO web?