A couple of weeks ago, the New York Times published a story entitled I Disclose … Nothing by Elisabeth Rosenthal. The premise of the article dealt with conflicts of interests in several professions, including those in medicine. It got me thinking about whether or not the concept of disclosure can successfully manage conflicts of interest in medicine as much as people expect it to.

The conclusion I came up with, in short, was no.

In health care, disclosure is an attempt to manage conflicts of interest through the transparency of financial arrangements between drug and device companies, and pharmaceuticals and physicians. But disclosures don’t guarantee there won’t be any conflicts of interest in medical care. It simply provides transparency with the hope that exposure will alter undesired behaviors.

With a focus on such transparency as a means to mitigate conflicts of interest, the Physician Payment Sunshine Act (enacted as part of the Affordable Care Act) requires pharmaceutical companies to disclose their financial relationships with physicians. While it might not address conflicts of interest in particular, it could:

Instead of focusing on disclosure as a means to an end to conflicts of interest, I would prefer to see renewed efforts to set standards for relationships between the pharmaceutical and the device industries. Other entities such as the Association of American Medical Colleges, the Institute of Medicine and the Council of Medical Specialty Societies have recommended such standards.

In 2004, a committee sponsored by the ABIM Foundation and Institute of Medicine as a Profession, recommended in a 2008 JAMA article that no gifts of pharmaceutical companies to physicians of any size be allowed. It did so based on evidence from neuroscience that determined that gifts of any size influences behavior of physicians. Disclosure will not touch that distortion.

Until definitive lines are drawn in the form of set standards, medicine will still be plagued by conflicts of interest among all parties involved, transparent or not.

What do you think should be the focus of government’s conflict of interest policy?

Daniel Wolfson is COO of the ABIM Foundation and blogs at The Medical Professionalism Blog.

Chronic pain has a price

6 reasons why applicants fail to get into medical school 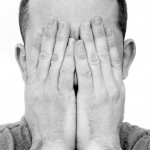