There have been various theories about the sudden death of Wolfgang Amadeus Mozart, including, poisoning, syphilis, kidney failure, and even Henoch–Schönlein purpura. 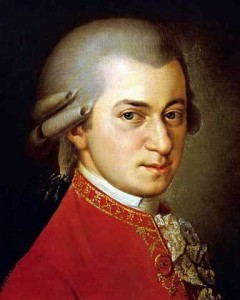 But, in a fascinating article from the Annals of Internal Medicine, researchers have suggested a simpler explanation: streptococcal infection.

Deaths in Vienna during the winter of 1791 were analyzed, and it was found that, “Tuberculosis and related conditions accounted for the highest number of deaths; cachexia and malnutrition ranked second, and edema was the third most common cause.”

History has noted that Mozart had severe edema upon his death, leading many to speculate that kidney failure was a precipitating cause. But given the sudden nature of his death, along with the fact that he also had a fever, rash, and malaise, an infection like streptococcus becomes plausible.

Untreated streptococcal infection can lead to a kidney condition known as poststreptococcal glomerulonephritis, which can explain many of his described symptoms.

Definitely an offbeat piece from the Annals, with a historical House, M.D. vibe.

Treating Fournier gangrene, or necrotizing fasciitis of the male genitals

How did Mozart die, and was a strep infection involved?
1 comments