We began with terminally ill patients, but the slippery slope is alive and well, smothered in oil. The Western world is increasingly advocating for the advancement of legal euthanasia, and this is a huge mistake. In their quest, advocates for legally assisted suicide by way of a physician are redefining the definition of “immense suffering.” For example, Canada is considering including mental health disorders as eligible for legally assisted euthanasia. Excuse my French, but this consideration is a pathology of reason in itself! Are we really going to agree that depression is eligible for legal suicide? We still consider suicidal intent or ideation as a symptom of psychopathology. When did this change? I do not think it has.

Furthermore, when did absolute patient autonomy become the apple of the medical establishment’s eye? As a psychiatrist, I see the dire consequences of personal autonomy every day, and it is not all rosy and clean (and that’s OK!). We don’t redefine addiction as a physiologic response to stressors within the realm of healthy behavior. Why would we treat suicidal ideation for plagues of the body and mind posing no immediate (less than six months) lethal threat as healthy, physiologic, and rational?

The medical establishment has been shaking off its ancient traditions for several decades now, for better or for worse. But this is a clear example of academic appeals to emotion going much too far. To paraphrase the great Dostoevsky, all things may be legal, but this does not make them good. I can sympathize with the liberty of advocating for total patient autonomy, but psychiatrists are commonly in the business of doing exactly the opposite. It is within the scope of the psychiatrist, the pathology of the mind, where patients’ autonomy is in precise opposition to what we intrinsically know is good.

But critics will point to my last sentence, rightfully so, as being relative and imprecise – I agree. This brings me to the final point of this critique: we are in the midst of a cultural battle to define “the good.” As the profession that determines the normalcy of the mind, and given the prolific use (or rather, misuse) of our axioms in the language of everyday people, going back to the famous neurologist Sigmund Freud, psychiatrists have a significant role to play in the definition of what is “good.” Additionally, in a separate but related topic, we must reject the current postmodern craze that calls all things relative. A society will be doomed to repeat its mistakes if it throws out tradition in favor of radical change for the sake of change. Without going into more detail, we can at least agree on this: we know “good” when we see it, and state-sanctioned, physician-assisted suicide is not it. I believe it is in the nature of treating our patients to be humane; not killing them. I urge my colleagues to cut through the euphemisms like “medical assistance in dying” and call our actions what they are. For those with mental disorders, acquiescing to pleas for assisted euthanasia is not humane, nor is it medicine. For the sake of our humanity and the sake of our patients, I urge each one of us to stand against this egregious practice.

Don't lose yourself: a warning from a divorced physician

How were we duped and what can we do about the opioid overdose crisis? 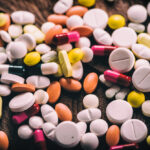 The slippery slope of legal assisted suicide and euthanasia
1 comments